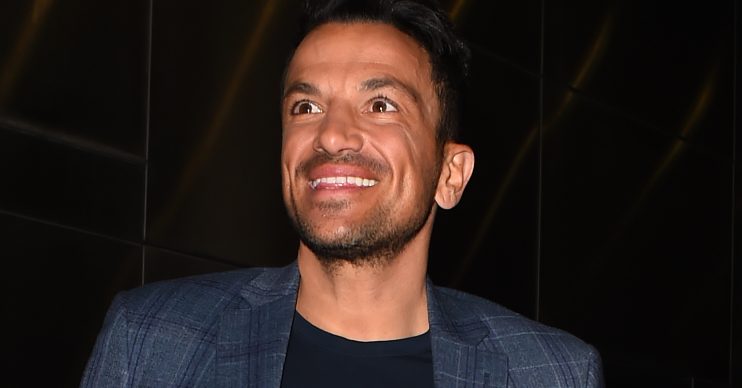 Singer Peter Andre appears super proud as he listens to his youngest daughter speaking Greek in his latest Instagram post.

The Mysterious girl hitmaker, 46, shared a clip of Amelia practising saying her colours in the language while she played with a toy.

In the video, Pete calls her by her nickname “Mills” and says, “Come on then, put the colours on and say it in Greek,” as the five-year-old slots rings on a wooden stand.

She says each of the colours and Pete, clearly pleased to hear his daughter speaking the language of his Greek-Cypriot heritage, praises her as she gets each one right.

He wrote in the caption: “Amelia’s Greek is [clapping emoji]. Bravo.”

Peter’s delighted fans rushed to the comments, with one writing, “Well done, Amelia… clever girl!” and another telling him, “Aww how cute! Clever Mills,” and a third commented: “Awww bless her.”

Peter and his wife Emily have been enjoying a holiday in Croatia with their kids Amelia, five, and Theo, two, and Peter’s children from his relationship with ex Katie – Junior, 14, and Princess, 12.

He’s shared a string of snaps from the summer break to document the trip for his 1.2 million Instagram followers, but one video he shared of his eldest son drew criticism from a number of fans.

Peter posted a video of the teenager driving what looks like a small boat in the ocean.

Junior was seen trying to rev the boat’s engine and as he got it going, he told the camera: “Going against the waves.”

Pete could then be heard telling him: “Woah! Yeah man, awesome.”

Shortly after the holiday, Emily celebrated her 30th birthday and Pete revealed the extravagant present he got her.

He wowed his wife with a brand new white Range Rover and took to Instagram to post a clip of himself revealing the gift.

Emily was unsurprisingly dumbstruck by the luxurious present, admitting when she saw it, “I thought you’d forgotten my birthday!”