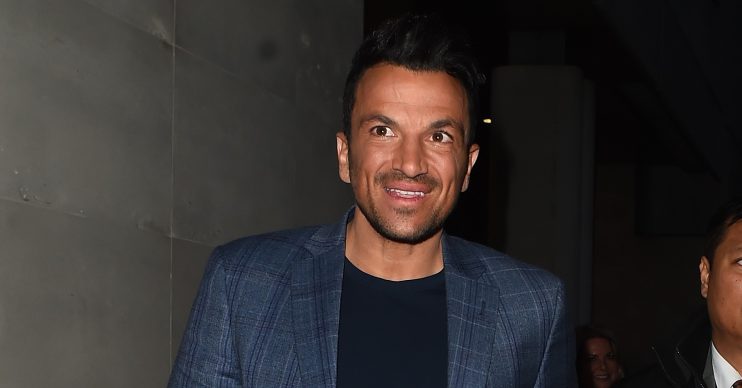 Peter Andre wants to crack America because he wants to give his children the best life he possibly can.

The 46-year-old star has two children, Amelia, five, and Theodore, two, with his wife Emily and Junior, 13, and Princess, 11, from his marriage to Katie Price and as he approaches 50 he has never felt more motivated about his career.

Pete has just signed a deal with talent manager John Ferriter – whose clients include Ryan Seacrest, Mark Wahlberg and Piers Morgan – and he is looking to launch himself as a presenter Stateside following years of success in the UK and he admits he’s hungrier to work than ever before.

Speaking exclusively to BANG Showbiz, he said: “I signed with an American manager just recently, John Ferriter. He looks after Piers Morgan and Mark Wahlberg and loads of other people. We have been talking about doing some presenting in America.

“Why, at 46, have I just signed to an American manager? That’s because there’s still a desire, still a hunger to work and I think that’s about being able to support my family, whereas before it was because I wanted to do all the things I wanted to do.”

Pete wants to host a programme like US DIY show Extreme Makeover: Home Edition, which is similar to his UK series Peter Andre’s 60 Minute Makeover which saw him renovate family homes.

He added: “One of my favourite makeover shows in America is Extreme Makeover. The team comes in and says, ‘We’ve come to surprise you, we’re going to send you away on holiday for a week.’

“And then the family goes off on holiday and then in the meantime they knock down their whole house and then rebuild it so there’s an amazing place for them, it’s like six people living in one bedroom, really inspirational stuff. I just love that type of show. I’d love to do something like that in the States.”

Pete’s 60 Minute Makeover show has just provided the inspiration for new campaign he has been involved with cider brand Bulmers.

The Mysterious Girl singer partnered with the company and charity The Orchard Project to work with a team and the local community to restore a derelict orchard to its former glory in Manchester and Pete admits he loved getting his hands dirty for such a worthwhile cause.

He said: “Bulmers got in touch with me because of 60 Minute Makeover and asked if I wanted to do something similar for this orchard. What I loved about it was that the community got involved.

“What they didn’t know is that at my house in Cyprus I have an orchard. When I bought the land 15 years ago my dad planted all of these fruit trees and now I have this beautiful orchard.”