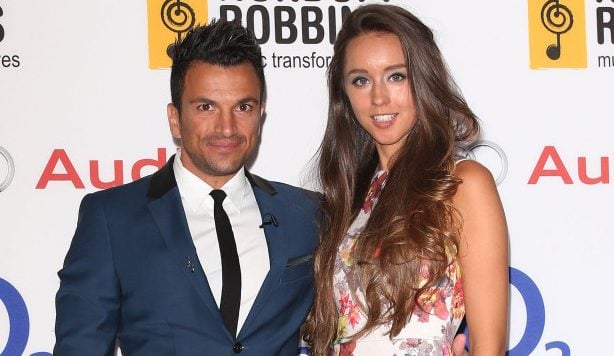 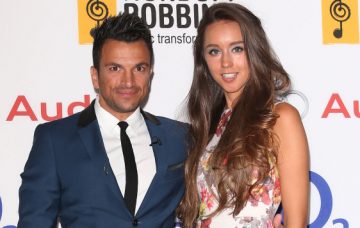 Peter Andre has refused to talk about Katie Price in an interview that saw him open up about his romance with current wife Emily.

The singer and reality TV star, 45, made the decision to keep quiet about his ex-wife in a recent conversation with The Sunday Times.

The interview touched on the women who have turned Peter’s life around and covered his early career, which saw him skyrocket to fame with the hit 1996 single Mysterious Girl.

It also turned to his time on the third series of I’m A Celebrity… Get Me Out of Here!, where he first met Katie.

Peter was quizzed about their marriage but remained tight-lipped, replying: “I just don’t go there. Sorry.”

He then admitted that for a young man, the focus is more on “looks” than anything else, adding: “You eventually find out that you need a friend, someone who you know and trust inside and out.”

Things got less awkward when the conversation moved to Pete’s current wife, Emily.

The pair met after Peter was admitted to hospital suffering with a kidney stone. He gave the urologist who treated him free tickets to his next concert, but as the doctor was too busy to go his daughter went instead.

Peter said he wasn’t looking for a relationship at the time, but he ended up falling for Emily.

His children affectionately knew her as ‘Aunty Em’ while they got to know their dad’s new sweetheart, who reportedly asked her own dad for permission before the romance got more serious.

But Peter understood the impact their relationship could have on the youngsters. He explained how he didn’t think it was right for the kids to have a new woman in their lives unless they were both serious.

Revealing his adoration for Emily, Peter told The Sunday Times: “When you meet a proper, beautiful, educated lady like Emily, if you want to be taken seriously then you put in 100 per cent straight away.”

It seems the two drew even closer to one another after Peter’s older brother, Andrew, passed away in 2012 following a battle with kidney cancer.

He said the loss left him “broken”, but when Emily told him they’d get through his grief together, he knew they were meant to be with each other for the rest of their lives.

He also has two kids, Junior, 13, and 11-year-old Princess, from his marriage with Katie Price, who reportedly had the company of all her children this Christmas thanks to a deal brokered by her new boyfriend.

Do you think Pete and Emily will be together forever? Leave us a comment on our Facebook page @EntertainmentDailyFix and let us know what you think of this story.