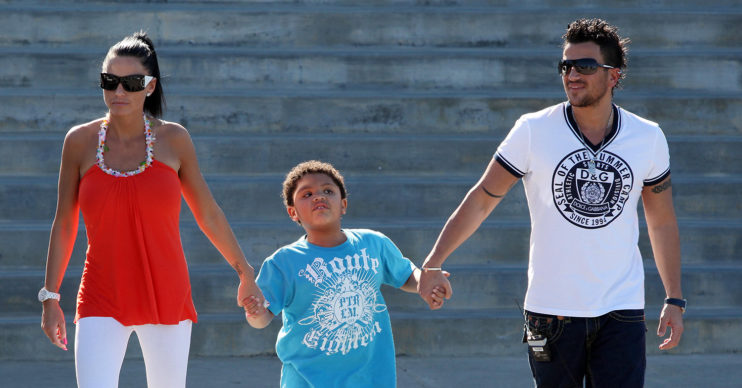 Along with two photos of Harvey, he wrote in view of his some 208,000 followers: “Happy birthday big bro. I love you so much you don’t understand.

“You’re the world to me”

“Love you so much and can’t wait for more years to spend with you. Happy Birthday.”

Peter responded to the post by commenting with four heart emojis.

Several of his fans gushed at his response.

One wrote: “You’re a good man for taking him on as your own. Any good man would do the same, massive respect Pete.”

A second gushed: “A child that you once looked at as your own when no one else wanted to know just shows what an amazing guy you are, big love to you and all your family.”

However, one user speculated that Peter doesn’t see him since he divorced Katie in 2009.

The user asked: “Why don’t you still see him?”

Another user rushed to Pete’s defence, arguing: “Peter Andre obviously loves Harvey as he brought him up… we don’t know if Peter still sees Harvey, I am sure he does… but none of our business.”

Read more: Katie’s exes Peter and Kieran ‘in talks’ as they ‘offer their help’

Indeed, Peter confirmed in 2016 that after not seeing Harvey for almost four years, he was finally spending time with him again.

He told Now magazine that year: “He’s such a good-hearted boy.

“I see him a bit more now, which is amazing.”

He continued to say that he saw him as his own child during his four-year marriage to Katie.

He added: “I always saw Harvey as my own.

“There’s a special place in my heart for him – he’s very important to me and he’s always welcome.

“It’s just lovely to see him.”

Pete isn’t the only ex of Katie’s that shared birthday wishes to Harvey on his big day.

Katie’s ex Kieran Hayler, whom she shares her two youngest children (Bunny and Jett) with, posted a tribute.

He added several heart emojis and a frog emoji – which is one of Harvey’s favourite animals.

What do you make of Peter’s message? Share your thoughts with us on our Facebook page @EntertainmentDailyFix.