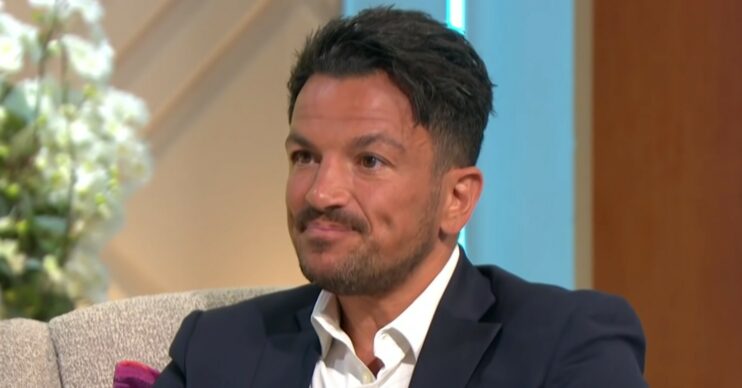 Peter recently revealed his concerns for his mum’s 'declining' health

Peter Andre has revealed his elderly mum is in need of extra support, following their emotional family reunion in Australia.

The father-of-four recently reunited with his Aussie family – including sick mum Thea – for the first time in over two years.

Following the trip, Peter has opened up on the next steps to helping his mum’s “declining” health.

The star discussed his trip in his latest column for New Magazine.

He wrote: “At the time of writing this, I’m just about to leave Australia after an incredible trip to finally see my parents and sister, Debbie, for the first time in over two years.

“Being here with them has meant everything and the moment we were reunited was so emotional. My mum isn’t very well but we have met up with people over here to get her some support, which was really important.”

These past 10 days have held the most important moments.

Peter went on to praise his “hero” sister for looking after their parents.

The Mysterious Girl singer continued: “These past 10 days have held the most important moments, which I will never forget and will cherish forever. I’ll never take it for granted.”

Whilst on the trip, Peter was accompanied by his son Junior and brother Michael.

However, his three other children were unable to visit with wife Emily due to school commitments.

It comes after Peter previously revealed his concerns for his mum’s “declining” health.

“I feel great about being a year away from 50. I dreaded turning 40 but actually, my forties have been really amazing, I feel relaxed, and in a very happy place career-wise and personally,” he wrote in a previous column.

“The only thing that worries me about turning another year older is that my parents are getting older and my mum’s health is really declining, which makes me sad.”

Shortly after reuniting with his family in Australia, Peter spoke about his elderly mum during an appearance on Good Morning Britain.

He was joined by his brother Michael, sister Debbie and 16-year-old son Junior.

Speaking about his mum, Peter shared: “She’s suffering quite a bit… it means a lot to us to be able to have this time with mum.

“Debbie you’ve been so important in this, helping mum and dad out. I love my sister.”

“I hadn’t seen them for a very long time, it has been amazing.”