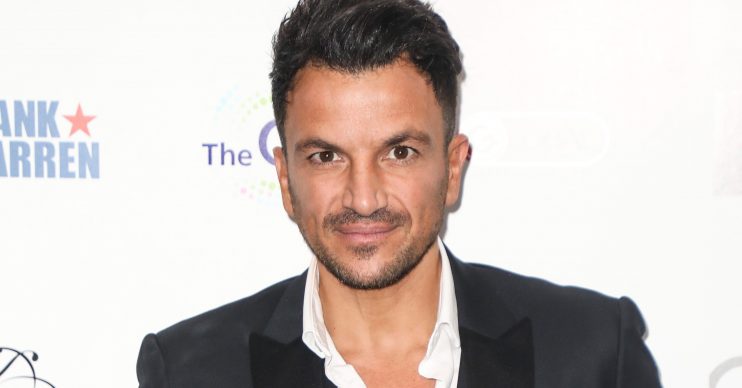 He's not 'down wit the mandem'

Singer Peter Andre was mocked by his son Junior for trying to be cool as he bobbed to the beat of a rap song in a hoodie.

In a video posted to Junior‘s Instagram, the Mysterious Girl hitmaker, 46, can be seen with his hood up as he leans on a kitchen counter, the song Mocking It by Jay1 playing in the background.

Junior, who was filming the clip, tries to get his dad to pull off a hand gesture to the music – but Pete just can’t manage it.

He did the first part of the gesture, and when he finished the second he looked pleased at first, smiling and swaggering across the kitchen.

“See what I’m saying?” Pete says, unaware he got it wrong.

He really wants to be down wit the mandem. Not wit them moves.

“You threw it up again!” 14-year-old Junior moans, and when Pete denies it, Junior insists, “Yes you did! You’re meant to throw it up like that. Do it again.”

Peter tries again but Junior mocks his second attempt too, groaning: “What are you doing!? Oh my…”

He captioned the video: “He really wants to be down wit the mandem. Not wit them moves. Not a chance. @jay1official_.”

In the comments, one of his followers joked, “Cool dad” while another said, “Haha this made me laugh” and a third wrote, “Your dad is the coolest! Leave him alone!”

Despite what Junior thinks, Pete’s dance moves must at least be half decent as he’s about to star in the Michael Jackson stage show Thriller Live.

Telling his Instagram followers about his upcoming performance recently, he said it’s going to be “amazing”.

Read more: Peter Andre shuts down wife Emily’s suggestion to have another baby

But in October, the dad of four was forced to defend his role in the production and insisted “we’ve got to keep the music separate”, in the wake of the controversial Leaving Neverland documentary about abuse allegations against the late singer.