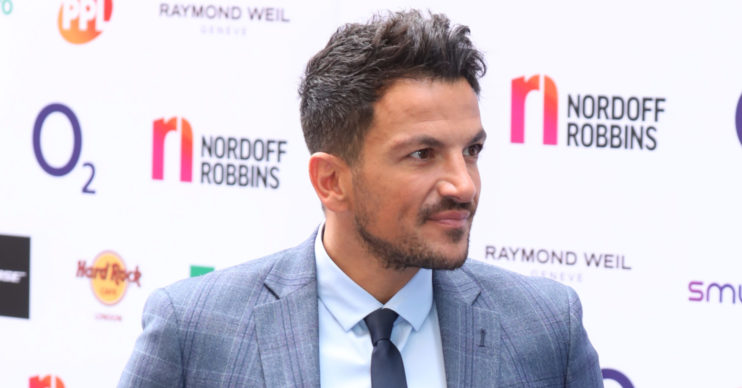 He's spending isolation with Emily and his four kids

Singer Peter Andre has told fans he’s struggling with the lockdown as he waits out the pandemic with his wife Emily and his four kids.

The Mysterious Girl hitmaker, 47, is at home with his doctor wife and their two kids, Amelia, six, and Theo, three.

With them are Pete’s eldest children, Junior, 14 and Princess, 12, from his relationship with Katie Price.

Read more: Peter Andre gives son Junior a lockdown haircut as the singer responds to fans who urge him to shave his

But it seems that despite having a full house, the star is struggling with staying in – and is having to fight off boredom.

In a clip shared on his Instagram Stories this week, Pete spoke from his garden and told fans he was going grey around his chin.

“I’ve decided it’s okay to look like [bleep],” he said, speaking directly into the camera. “Hey look. See that?”

He then raised his bearded chin and added, stroking his hairs: “Getting some greys. What am I going to do?”

Why am I telling you? Because I’m bored.

“Haven’t got any up there yet,” Pete continued, motioning to his head. “But they’re coming here. Does anyone care? No. Why am I telling you? Because I’m bored. Who do you love? Come on. Come on!”

Nevertheless, Pete’s been powering through and is working to keep his children entertained.

Elsewhere on his Stories, the star revealed he was making fresh pasta for his brood.

He posted a string of videos of the process, starting with the dough before pushing it through a pasta machine and then cooking up a delicious-looking creamy pesto dish.

On Thursday (April 16) evening, Peter shared a clip of himself standing outside his Surrey home with Junior and Princess as they joined in the weekly applause for the NHS.

Big big thank you from all of us #Nhs #carers #keyworkers

It comes amid reports the UK lockdown will have to continue for at least another three weeks.