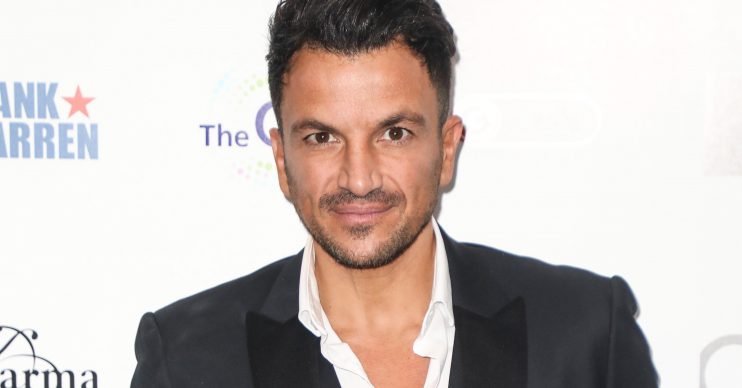 He had all his kids around him this year

Singer Peter Andre appeared to have a poo on his carpet as he enjoyed Christmas with his family.

In a hilariously disgusting video posted to his Instagram Stories, the Mysterious Girl hitmaker, 46, stood with his legs spread wide and dropped a dump in slow motion.

As reported by the Mirror, Peter leaned forward and let the poo fall between his legs to make it look as though he was having a number two.

But thankfully, it was only a fake one he received as a gift in his stocking.

He captioned the clip: “Got a fake poo… in my stocking 🙂 cheers Santa.”

Peter’s eldest son, 14-year-old Junior, shared clips from their Christmas morning on his own Instagram Stories.

In one, he offered a look at a present-strewn living room, where his family sat around opening their gifts – all set to the song Rockin’ Around the Christmas Tree.

In another, he jokingly argued with his sister Princess, 12, over the presents they got for each other.

Got a fake poo… in my stocking.

He asked her: “So Princess, how do you find your gift?”

She then held up the items he bought her – a roll of clear plastic bin bags and a pair of bright yellow Marigold rubber gloves.

She initially said she thought the gifts were “really good”, but then throwing them down told him: “I bought you really expensive football boots!”

Read more: Peter Andre shuts down wife Emily’s suggestion to have another baby

“Well actually, dad bought those,” he corrected her smugly, adding: “Actually, I spent my own money on this! You need to clean your room.”

Junior and Princess’ mum, meanwhile, got to spend Christmas morning with her oldest son, Harvey.

Model Katie Price, 41, shared an adorable photo of the two of them with a convincing-looking Father Christmas at a grotto and told fans: “Me and Harvey with Santa today.”