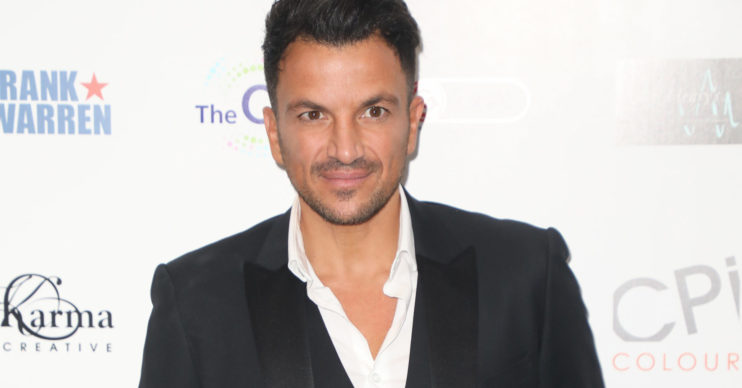 The pair have delighted fans with Stevie Wonder's Signed, Sealed, Delivered (I'm Yours)

Nineties pop stars Peter Andre and Gary Barlow have delighted fans after teaming up and performing a lockdown duet together.

Peter, 47, and Take That star Gary, 49, recorded their own version of the Stevie Wonder hit Signed, Sealed, Delivered (I’m Yours) from the comfort of their own homes.

Aussie star Peter is the latest famous face to sing with Gary for his online ‘crooner sessions’ – and their followers have gone wild for it.

I have to say I’ve had so much fun doing these sessions. Today my 90s buddy @peterandre joins us in #thecroonersessions for a funky tune. Peter thank you for being a star. Let’s do it again sometime

The lads have both shared a video of their performance on Instagram, with Gary describing Mysterious Girl singer Pete as his “90s buddy”.

He said: “On your feet for this. I have to say I’ve had so much fun doing these sessions.

“Today my 90s buddy @peterandre joins us in #thecroonersessions for a funky tune.

“Peter thank you for being a star. Let’s do it again sometime.”

Sharing the same footage, Peter added: “Let’s lift your spirits with this.

“Thank you to my ole friend @officialgarybarlow . A pleasure to sing this with you.

Peter thank you for being a star. Let’s do it again sometime.

“Let’s do it again soon. Stay safe everyone #thecroonersessions #signsealeddelivered.”

The video begins with Peter standing in front of a mic in his own, saying: “Alright Gary, let’s have some fun with this.”

Gary, who is sat behind his electric piano, tells him: “Peter, I’m so ready! What a tune!”

The pair launch into the song, with Peter taking most of the high notes. It finishes with Gary cheering.

Commenting on their impressive duet, one fan wrote: “Omg thats was amazing loved it!!! 😍.”

Another added: “I’ve been waiting for this , cheered me up no end, fantastic, thankyou ❤️.”

I’m absolutely thrilled today today to have my dear friend @aleshaofficial on #thecroonersessions We’ve done everything from writing songs together to climbing mountains !!! Thank you for sharing your time with us

A third gushed: “Oh yes!!! This would never happen in usual circumstances. Thank you Lockdown!”

Peter is just the latest star to team up with Gary for a duet during the coronavirus pandemic.

Last week, the singer songwriter and Britain’s Got Talent judge Alesha Dixon sang her hit The Boy Does Nothing for fans.

Sorry to have made you wait so long for this one. Yes the dynamic duo return. Thank you @robbiewilliams for taking the time to be part of this. Big hugs (virtually of course) ps: how is this song 10 years old ??????

Other celebrities who taken part in Gary’s ‘crooner sessions’ include One Direction star Niall Horan, who sang his hit Slow Hands with him.