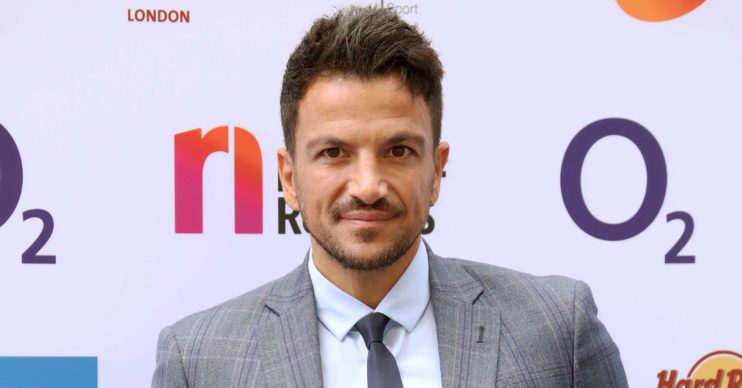 Peter Andre has sent some of his fans into a spin by paying tribute to Michael Jackson in an Instagram message.

The Mysterious Girl singer, 47, posted the tribute in celebration of what would’ve been the late pop legend’s 62nd birthday.

Alongside a picture of Jacko, Peter wrote a message describing him as “the KING”.

However, the message didn’t go down well with some of Peter’s followers, who seemed to be offended that he was bigging-up such a controversial figure.

Michael Jackson had an incredible career before his death in 2009, scoring worldwide hits such as Billie Jean, Thriller and Bad, and being idolised by millions.

However, his reputation has been blighted in recent times by allegations of misconduct involving some of his younger fans.

And it was these allegations that seemed to be on the mind of some Peter Andre fans when the singer shared his tribute last night.

Peter posted a picture of Jacko wearing a sharp black suit – not unlike the ones Peter wears himself.

Read more: Peter Andre blames coronavirus for making him ‘look like a criminal’ at the shops

He captioned it: “Happy birthday to the KING @michaeljackson”, inserting a crown emoji to ram home his point.

But the negative comments were soon coming in from shocked fans. One wrote: “Really!”

Another exclaimed: “No no no no no!”

And another follower, referring to the recent TV documentary in which some of the allegations were made, said: “Have you not watched #leavingneverland @peterandre?”

However, there were also a fair few positive comments from Peter’s fans.

One fan said of Jacko: “He’s a legend. His music will always live on. I’ve been showing my 9 year old niece videos of him. She loves him now.”

Another added: “Fantastic pic. So many memories.”

Peter has been a longtime fan of Michael Jackson.

Last year, he appeared as the music legend in the West End musical about Jacko’s career, Thriller Live.