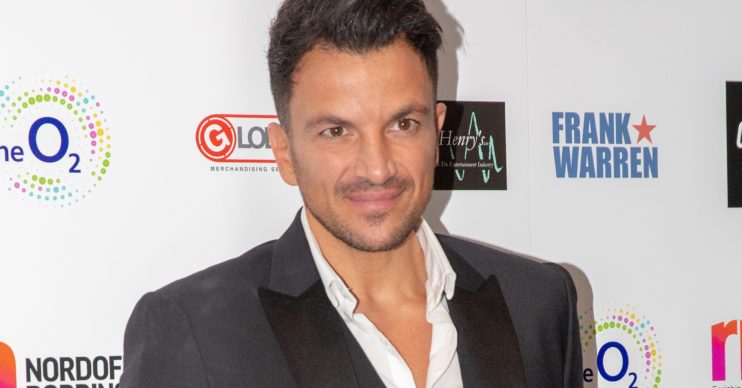 Peter Andre fans in hysterics as he tries speaking GERMAN

Peter Andre loves sharing mishaps at home with the kids with his fans. He’s shared hairstyling moments and culinary experiments. And now he’s had fans cracking up with his attempts to speak German while reading an instruction manual. View this post on Instagram Reading instructions in German is as easy as A B C right […]

Peter Andre loves sharing mishaps at home with the kids with his fans.

And now he’s had fans cracking up with his attempts to speak German while reading an instruction manual.

Reading instructions in German is as easy as A B C right ? 🇩🇪 dammit 🤬 watch our new show now :))))) LINK IN BIO #lifewiththeandres @thesun

In the hilarious video which he shared on Instagram, Pete can be seen joking around while wife Emily films him.

They are in their home gym, attempting to put some equipment together.

Nuts and bolts and bits of paper are surrounding them on the floor, a scene which will be familiar to anyone who has ever been to Ikea or had to assemble their own furniture.

The pair are attempting to read from a list of instructions – but they hit a hurdle when they realise it isn’t written in English.

Then Pete adopts an exaggerated German accent and attempts to read the words.

It soon becomes obvious he doesn’t understand them.

Some words sound distinctly rude as the pair collapse into a fit of giggles.

Read more: Peter Andre wants twins and will stop having kids at 50

“Well, that has explained everything to me,” Pete says at the end of his reading.

Fans were delighted by the comedy moment, which was a clip from their show Life With the Andres.

Not least some of Peter’s fans from Germany, who were extra amused by the accent he put on.

“Being German and listening to you trying to speak it… it’s hilarious,” wrote one.

“I was CRYING with laughter. I love your relationship, so pure and beautiful,” another fan wrote.

“Watched it last night, funniest bit of TV ever!” said another. “Absolutely brilliant…. want the next episode now.”

What did you think of Pete’s German? Did you watch the show? Go to our Facebook page @EntertainmentDailyfix and leave a comment to let us know your views.