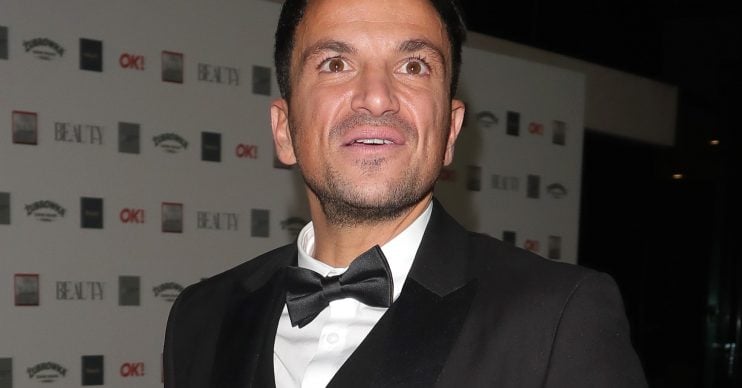 He shared his thoughts on fame

He’s had years of experience in the music business and now Peter Andre has revealed why he won’t let his eldest children appear on a TV talent show.

The Mysterious Girl singer confessed his fears for Junior, 14, and Princess, 11, if they were to enter music competition The Voice Kids.

Pete, who has Junior and Princess with ex-wife Katie Price, revealed they would be open to criticism and he worries it could damage them. Junior has previously shown interest in music like his dad.

Speaking in his New! magazine column, Pete said: “I’ve been asked if Junior and Bista (Princess) have been approached to take part in The Voice Kids. As a dad, I wouldn’t be keen to let them on.

“They’re way too young and I don’t want them open to that kind of criticism – if you get slated it damages you.”

The 46-year-old says he knows first hand what it’s like to receive backlash, after being in the music industry since he was a teen.

He says the evolution of social media has made it easier to criticise people and times are harder in the business.

The star added: “Even though I started off my career at a young age, it was a different world. There was no social media so the only way you knew if people didn’t like you is if they told you.”

The dad-of-four, who also has Amelia, five, and Theo, two, with wife Emily Andre, revealed he only let Junior have a public Instagram when he turned 14.

Junior you are a kind, sweet and humble boy, all I could ever ask for. Thank you for being a great son to me. Thanks so much to my cousin Sophie @sophiebakescakes.co.uk for making J this beautiful chocolate birthday cake. Love how Amelia comes in for a kiss from her big brother. Happy 14th son 🙂 #outoftimesinging #birthdayboy #family

Pete revealed the conversation he had with Junior on his own Instagram.

Peter posted a snap of Junior helping cook at their family BBQ, and wrote: “So Junior is like, ‘Dad I’m 14 now, I’m old enough to cook, can I go public with my insta page?’