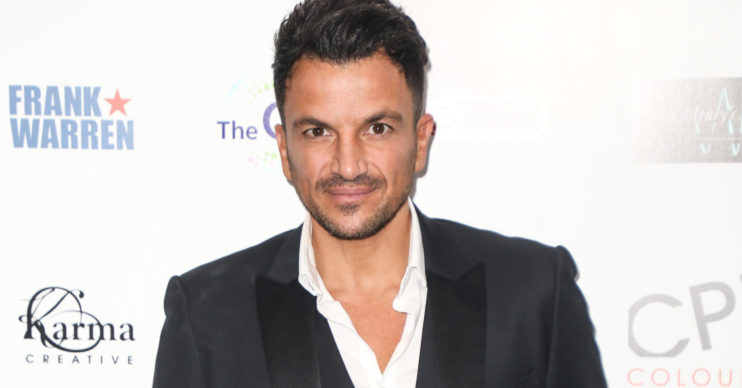 The 12-year-old is taking after her dad

The 12-year-old has certainly inherited her dad’s talents as she showed off her voice on Instagram on Monday night (April 20).

Nice tone bist. Ok this surprised me. Was just getting ready to do the lead vocal on all my harmonies and in walks a Princess. Probs post the proper thing tomorrow. She’s asked me to tell you that Her tik tok is princessandre22 #andreaccapella @brunomars #wheniwasyourman #mondayaccapella

Peter, 47, told followers he was planning to sing the lead on his own acapella cover of Bruno Mars’ When I Was Your Man when Princess surprised him.

He said: “Monday nights are usually the nights I bring the acapella out. I got all your requests in, this is what I chose. Did all the backgrounds, was just about to sing the lead, then she showed me this.”

Princess then went on to belt out the lead vocals of the hit song into a microphone.

Peter later gushed: “So I think she should be singing the lead. So I’m going to finish off the background. We will bring it out tomorrow.”

Alongside the clip, the dad-of-four wrote: “Nice tone bist. Ok this surprised me. Was just getting ready to do the lead vocal on all my harmonies and in walks a Princess.

“Probs post the proper thing tomorrow. She’s asked me to tell you that Her tik tok is princessandre22.”

One said: “Awww bless her she’s a lovely girl gonna be a singer just like her dad.”

A third praised the youngster, saying: “She’s got it all.”

Peter is currently looking after children Junior, 14, and Princess – who he shares with ex Katie Price – during lockdown.

These two :)) #australia ❤️ Last week in Oz meant so much to us. Seeing my mum and dad and sister was incredible. @officialjunior_andre @the.beauty.couture

The couple – who will celebrate their fifth wedding anniversary this summer – recently told OK! Magazine that expanding their family is something very much on their minds.

Pete revealed that they change their minds on trying for another baby “every five minutes”.

Doctor Emily added: “We do talk about having another baby one day…

“My fear is that I’m going to get major empty nest syndrome when Theo goes to school next September.

“But there are no plans for a baby at the moment.”

Visit our Facebook Page @EntertainmentDailyFix and let us know what you think of Princess’ singing.