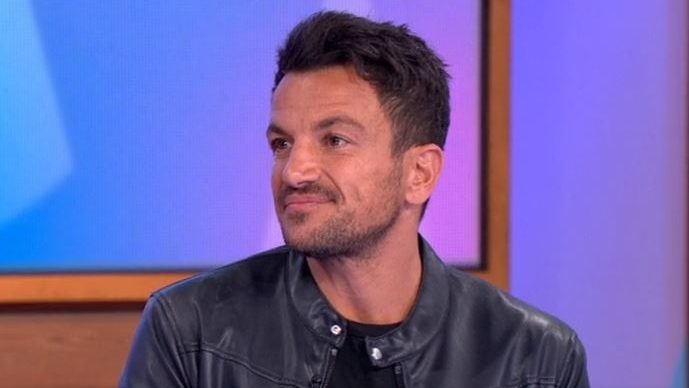 The 46-year-old singer  – who has Amelia, five, and two-year-old son Theo with his wife Emily, and kids Junior, 14, and Princess, 12, with former spouse Katie Price – does not let his eldest daughter watch the popular ITV2 dating show because she is too “young”.

“She thinks I’m mean but it doesn’t mean I’m right, I always say this, every parent’s got a different thing and they use their discretion, just for me I think she’s a bit young.”

And the Mysterious Girl hit-maker has also told Princess that there’s “no chance” she can appear as a contestant on the reality show unless one day it’s “based on priests and nuns” delivering sermons.

Peter’s daughter asked how he’d feel about her featuring on the series, and he revealed: “She said to me, ‘Would you ever let me go on Love Island?’, and I said to her, ‘When they start doing Love Island based on priests and nuns and they’re having their sermons on Sundays you can go on Love Island but until then no chance.’

Last month, Peter insisted there needs to be a “duty of care” across all television networks and highlighted Love Island as an example following the deaths of former participants Sophie Gradon, 32, and Mike Thalassitis, 26, both of whom took their own lives after appearing on the show.

He said: “There has to be a duty of care across the networks. It’s not just one person or one show.

“Look at a guy like Mike Thalassitis, I only met him once or twice, Greek guy, 26 years old, looked in peak condition, good-looking guy, and he went and took his own life because of mental health. 26 years old!”

Following the deaths of Mike and Sophie, Love Island fell under scrutiny for its aftercare programme, prompting producers to bring in new plans for the current series.

ITV revealed there will be more detailed conversations with potential Islanders regarding the impact of participation on the show, and bespoke training for all Islanders on social media and financial management, which extends support to all Islanders following their participation.

Would you let your kids watch Love Island? Head over to our Facebook page @EntertainmentDailyFix and let us know.