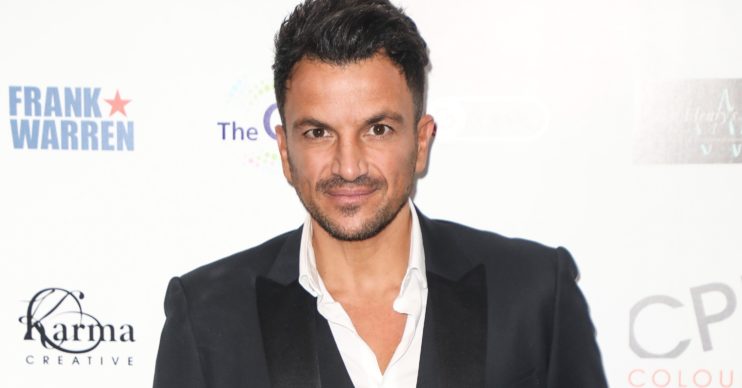 Peter Andre reveals argument with fan who wanted a selfie

Peter Andre has revealed an argument with a fan who wanted a selfie and demanded Pete break social-distancing rules for the snap.

Pete said he felt ‘rude’ saying no when a delivery driver asked for a selfie but didn’t want to stick to the two metre guidelines.

What did Pete say?

Pete revealed he understands the confusion over the Government’s ‘stay alert’ message and the relaxing of lockdown rules but felt the fan was wrong.

Writing in his new! magazine column, he said:

“Someone who delivered a parcel to my house asked for a selfie and I said, ‘OK, but we’ll have to do it by social distancing.’

He continued: “It was the first time I’d ever felt like I was being rude to someone who asked for something, but at the same time I thought, ‘Mate, do you not understand?’

“The thing is, the rules are unclear, so maybe some people don’t get it since the advice changed from ‘Stay at home’ to ‘Stay alert’.”

Pete went on to talk about about how wife Emily wanted to send their daughter Amelia back to school while he was unsure.

However, he’s happy to follow doctor Emily’s advice, admitting six year-old Amelia was ‘desperate’ to go back to school after 10 weeks in lockdown.

He said: “The kids went back to school this week and Emily and I had different views on whether Millie should go back too. But Emily is a doctor and if she thinks it’s OK, then I’m going with that.

“If it was down to me, I’d have them at home for a bit longer, but Millie is desperate to go back. The worry is that kids don’t understand social distancing.”

Pete also said he understands why some parents have decided against sending their kids to school. He explained it’s difficult telling children they can no longer hug people.

What did Emily say?

It comes after Emily defended her decision to send her daughter back to school.

It’s rare we disagree but………Should kids be going back tomorrow ????? Watch tonight’s episode and tell us what you think… 7:30pm TONIGHT. Link in bio or click on https://www.youtube.com/watch?v=qtWLy-sAPAc We’re baaaack… but this time they’ve given US the camera.. @thesun

“Millie is excited and I feel really positive about it,” she wrote in her OK! magazine column.

“Pete is going to be doing the school run while I am at work and he is a bit worried about her going back but I said we will review it as we go along.

“Her safety and well-being are my absolute priority like every parent so if there is any hint that things aren’t going well or if there is another spike in infections then we can take her out.”