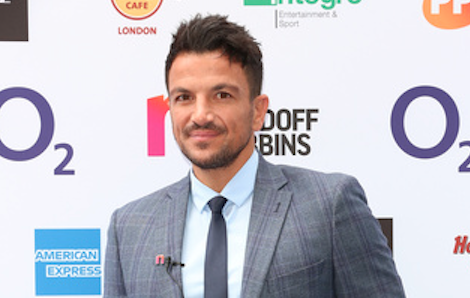 Peter Andre admits to shoving a sock down his pants

He's confessed to padding out his 'bulge' for racy pic

Peter Andre has come clean about an ‘enhancement’ he has previously made use of to boost his appearance.

The Mysterious Girl singing star, 46, confessed to fans that he received a little assistance on one of his sauciest ever shoots to ensure he appeared even more thrusting as he posed in his underpants.

However, unlike the criticisms levelled at Instagram stars these days, Pete did not receive a little touching up with Photoshop or an image editing tool on the throwback picture recently uploaded to his social media account.

Instead, TV personality Peter benefitted from a little extra presence in his groin area after he shoved a sock down his pants.

Thrilling his adoring fans on social media, Peter shared a snap from years back as he hyped his forthcoming calendar and noted he was keen on putting a retrospective collection together.

“Want to put a selection of all calendars from the last 25 years. Which photos would you like to see?” the star commented.

Possibly anticipating commenters from those with doubts as to the authenticity of his crotch, he continued: “That IS a sock, yes.”

Despite shattering the illusion surrounding Little Peter, many of his admirers were happy enough to look past the integrity of his bulge with many remarking on other aspects of his appearance.

2020 calendar coming soon. Want to put a selection of all calendars from the last 25 years. Which photos would you like to see.? ps I obviously realize most of you aren’t interested in this but for those who are send your thoughts and screen shot of pic you want included pps that IS a sock yes

“You have worked so hard to look that hot, wow those abs are pretty outstanding,” gushed one fan.

“You are getting better with age like a fine wine,” claimed another keen observer.

And another person joked: “He’s definitely packed a whole week’s worth of socks down his boxers!”

However, a lone dissenting voice claimed: “Nobody wants to see you in your pants.”

“Nice pic but those pants could be tighter,” contributed another fan, apparently presuming the dad of four will not be having any more offspring.