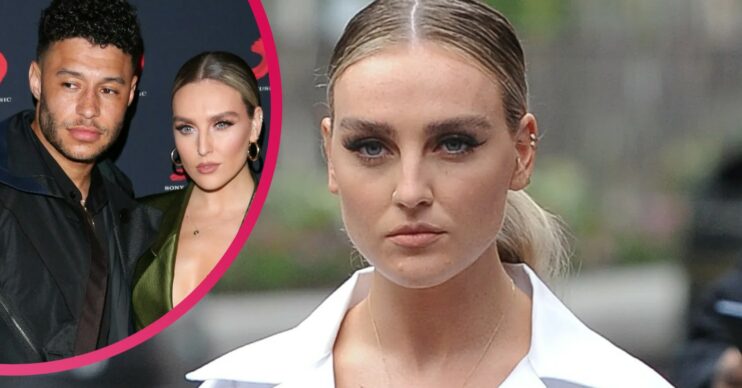 Perrie Edwards has revealed she has named her baby son Axel.

The Little Mix star and her partner Alex Oxlade-Chamberlain welcomed their son – their first child together – on 21 August.

However, they didn’t spill the beans about his unusual name until a fortnight later.

Sharing two snaps of the newborn snuggled up in a blanket and a blue hat, the singer wrote on Instagram: “2 weeks of loving you. I’ve never felt love like this before!

So what does the name mean?

After Perrie, 28, shared her newborn’s name, many fans suggested it was a nod to his footballer father Alex, as it’s obviously an anagram of his name.

And according to the website BabyNames.com, the name Axel is of Scandinavian origin and means “my father is peace”.

It is thought to have developed from the Biblical Absalom, who was a son of King David.

Nameberry.com says the name is currently number 104 in its popularity list.

However, given how popular the Little Mix singers are, it is sure to rise up the chart.

Perrie’s fans were charmed by the name but were also pleased to get their first proper peek at her new arrival.

When Axel was born the star only shared a black and white shot of part of his face.

The latest pictures have given fans their first real look at the baby.

Read more: Leigh-Anne Pinnock ‘proud’ of Perrie Edwards as she congratulates her on baby news

“What a little beauty,” wrote one admirer, while another posted: “You and Alex created a BEAUTIFUL human, Oh my God.”

“He’s so perfect! Congratulations Perrie and Alex on your bundle of joy you’re going to make the most amazing parents ever,” said another.

“Omg Axel is SUCH a cute name,” said another.

Little Mix stars gave birth within days of each other

The singer posted a message on Instagram last week sharing that she and her footballer fiancé Andre Gray had had two babies.

Leigh-Anne hasn’t shared any further details about her new arrivals.