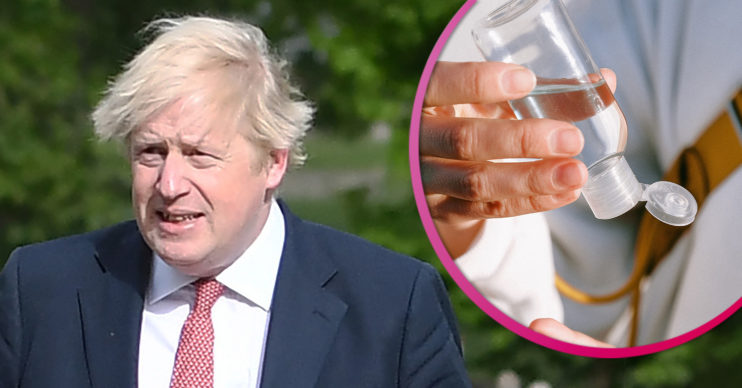 Hand sanitiser shouldn’t be drank, Brits have been warned after reports thieves have been drinking it.

It was claimed earlier this month that vandals in Nook, South Shields, were breaking into public coronavirus hand stations.

They had been put up in the north east town’s centre so shoppers could protect themselves.

But locals told press that those damaging the hand stations were also pouring the gel into milkshake cups.

Similar incidents were also said to have occurred in nearby Hebburn.

Last week, a local councillor and chairman of the East Shields and Whitburn Community Area Forum said the risks of drinking the hand sanitiser could be severe.

We’ve had reports of people drinking the contents of them.

Alex Donaldson told Chronicle Live: “We’ve had reports of people drinking the contents of them.

“I can’t understand anyone drinking the contents of a thing like that and what harm they might be doing to themselves.”

And a director of BusinessWaste.co.uk, tasked with removing ‘thousands’ of damaged gel containers every week, has also issued a warning.

Mark Hall told the Independent: “It’s happening all over the place, pretty much everywhere.

“We take these away for councils and businesses, and we’re seeing so many damaged you wouldn’t believe.

“It’s mindless idiocy. This stuff is 80% proof with who knows what other chemicals inside. Do not drink it.”

Meanwhile, Metro reports the alcohol content would mean those consuming the substance would overdose before feeling drunk.

It also stresses other chemicals that make up hand gel are not in any way fit for humans to drink.

CNN reported last month that three people died and one person was blinded recently after drinking hand sanitiser in the US.

Three others from New Mexico were also left critically ill with methanol poisoning.

He unveiled the slogan as he revealed the new face mask rules.

The PM also warned further coronavirus restrictions could be put in place.