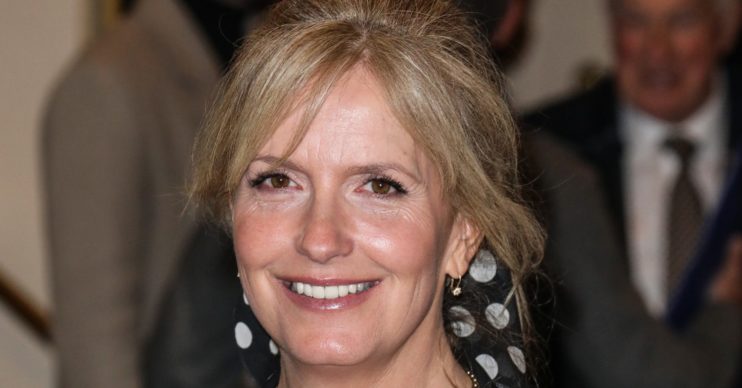 Penny Lancaster thought she had coronavirus, but it turned out to be the menopause

Husband Rod Stewart has been 'brilliant'

Penny Lancaster has revealed she is going through the menopause.

The 49-year-old TV presenter admitted she is having “horrific” symptoms but says her husband, rocker Sir Rod Stewart, 75, has been hugely supportive.

Penny told the Daily Mail newspaper: “I mean millions of women go through it, it’s nothing special but, God, it’s tough.

“I woke up sweating. Horrific. I actually thought, ‘Is this COVID-19?’

“I had all the menopause symptoms — burning up, feeling wiped out, mood swings that are off the scale. I’ve wanted to scream. You don’t know if it’s just these times we are in. But eventually I had some tests. Yes, I’m in the menopause.”

She continued: “I had a period which lasted just two days in March, and then I woke up sweating. Then I found out I was in menopause.

“Rod’s been brilliant actually, but it’s hard for a man to understand, isn’t it? As well as the sweats, I have to keep explaining why I can become so cross all of a sudden.”

Last year, Rod revealed he had beaten prostate cancer after a secret battle with the disease and Penny admitted it was “a terrible time” for their whole family.

She said: “It was awful, such a terrible time. It was the shock of it. Rod isn’t like one of those men who will never go to the doctor. He has more check-ups than anyone I know.

“And yet, when they picked it up, it wasn’t just contained in the prostate. It had come through – but, thankfully, not to the point where it spread throughout his body.

“He just charged through. He said, ‘Oh well, could be worse’. That’s very him. He knows he’s had a good life, and is very grateful for everything he has. His attitude was, ‘What will be, will be’.”

And the pair chose not to tell their sons Alastair and Aiden about Rod’s diagnosis until he got the all-clear from doctors.

She explained they wanted to “deal with it privately” and didn’t want the boys finding out from the news.