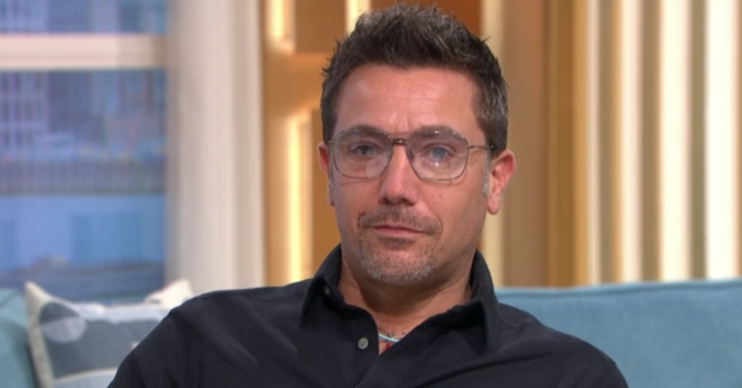 Gino has described the historic incident as a serious mistake

Speaking about it in 2018, the singer told The Mirror, how Stacey’s death from brain cancer in January that year had brought back memories of the incident in 1998.

Prior to gaining fame as a celebrity chef and TV regular, Gino was a 21-year-old waiter when he was accused of burgling Paul’s home in London, making off with items including his guitar collection and a platinum record.

The majority of items were recovered and returned to Paul.

Gino served two years in prison before turning his life around.

When asked how he felt about Gino, Paul told the tabloid: “It’s hard to say really. I’ve got mixed feelings about it.

“When Stacey went there were certain bits of music I never got back. Let’s say that – and that hurt me.”

Paul added: “I try to keep a light-hearted attitude on that. He gets enough stick on social networking – he doesn’t need my help as well.”

Gino, now 46, has previously discussed the incident, calling it a “serious mistake”.

In a past interview with TV Times magazine, the Celebrity Juice star spoke about how his time behind bars led him to change his life around and pursue his culinary dreams.

Gino said: “I didn’t use my best judgement and made a serious mistake.

“It was a dreadful experience, but in life I’ve learned to make good come out of everything. I thought, ‘This is not going to drag me down, this is going to make me a better man.'”

Gino also told Daily Mail in 2011: “If my example can encourage just one person in a prison cell that he can be a better man because of what has happened to him, I’d be happy.”

He added to Northern Echo in 2015: “Everybody has done something in the past and life moves on. I’m a great believer in telling my children about turning my life around and I work a lot with younger teenagers when they are in trouble.”

Paul, meanwhile, has publicly said he forgives Gino for the incident, saying the chef had been in touch to apologise.

He told the Evening Standard in 2011: “I don’t hold it against him. He said it was bad and he apologised, and I did get most of the stuff back.

“Maybe he needed his wrist slapping and he got that. He said he was in a terrible place at that time and wanted to turn his life around.”

Gino has become one of the country’s most high-profile celebrity chefs with regular slots on shows including This Morning and Celebrity Juice.

He’s also hosted shows including Let’s Do Lunch with Gino and Mel and Gino’s Italian Escape and Family Fortunes.

ED! reached out to Gino’s rep for comment when this article was published in 2018.

The article has been updated to include a new image and added information.