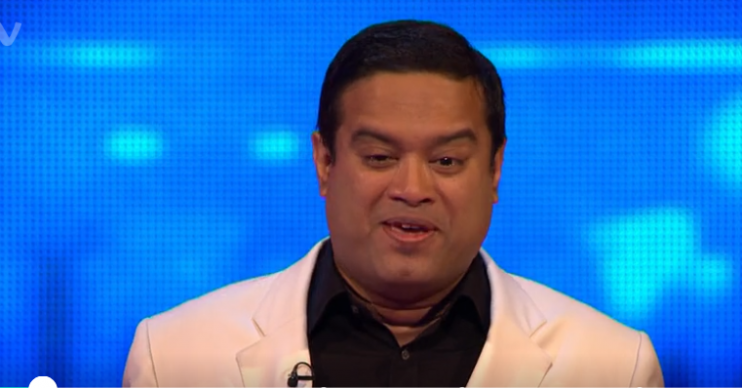 Paul Sinha has said he had a “breakdown” in the weeks after he found out he had Parkinson’s disease earlier this year.

In June, The Chase star revealed  his diagnosis. “I will fight this with every breath I have,” he tweeted at the time and added further details of his diagnosis in a blog post.

In a candid new interview with iNews, the quiz master and stand-up comedian described the moment he knew he was battling the condition.

The 49-year-old shared: “I had been suffering from a frozen shoulder since September 2017. I’d seen a specialist who was convinced he could cure it, but nothing seemed to work.”

He added: “The next day in a cab I decided to Google the words ‘frozen shoulder’ and ‘Parkinson’s.’ And I knew I had Parkinson’s.”

Speaking about the emotional impact the diagnosis had, he said: “Looking back to those two weeks after the diagnosis I think I had a breakdown.”

After revealing his diagnosis, Paul said he intended to “keep Chasing, keep writing and performing comedy [and] keep quizzing” while joking that appearing on Dancing on Ice was probably “out of the question”.

“A lot of people have asked, ‘What can I do to help?'” he finished his post. “The answer is to treat me exactly the same as before.”

Paul’s plan to remain on The Chase were recently confirmed by fellow Chaser Mark Labbett who told the Daily Star there are “plans afoot if the worst comes to the worst”.

The Beast told the publication: “Paul will still be doing The Chase. There are plans afoot if the worst comes to the worst for how to deal with moving him down the set.”