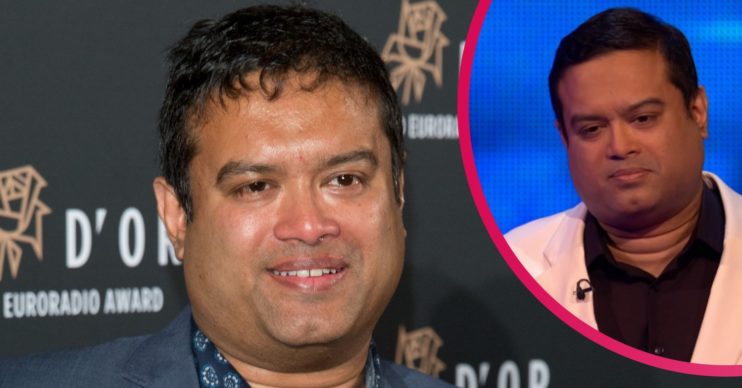 Paul Sinha was every bit the “proud” husband as he heaped praise on his other half in a social media tribute.

The Chase favourite, 50, told his fans that he took part in three particularly difficult quizzes on Wednesday (August 5).

What did Paul Sinha say about his husband?

And despite each of them including many of the world’s “strongest quizzers”, Paul’s husband, Oliver, won all three of them.

And The Sinnerman jokingly hinted he was slightly envious of his partner’s quizzing prowess – despite the fact that Paul is himself the current British Quiz Champion.

Yesterday I took part in three very different quizzes with the opposition including many of the strongest quizzers in the UK, Europe and indeed the world. All three were won. By my husband. Honestly. I'm proud. Honestly.

On Twitter, he wrote: “Yesterday I took part in three very different quizzes with the opposition including many of the strongest quizzers in the UK, Europe and indeed the world.

“All three were won. By my husband.

In the replies, Paul’s fans poked fun at the fact he seemed a little resentful of his husband’s victory.

One said: “Not bitter about it.”

“Better half?” quipped a third.

Someone else said: “I can hear the teeth grinding from here.”

Not bitter about it

Others offered their congrats, with one tweeting back: “That’s awesome. Congratulations to your husband.”

“As you should be,” said another.

That’s awesome. Congratulations to your husband.

He said of their wedding, in a December blog post, that a lot of things went wrong on the day, initially – but he was able to “forget his troubles” and have the “greatest day” of his life.

“The realisation that, in the overall scheme of things, the failure to provide a visual accompaniment to the playlist was about the hundred-and-seventeenth most important priority for me.

“Suddenly, I was able to forget my troubles, and effortlessly glide through the company of three-hundred beloved guests.”