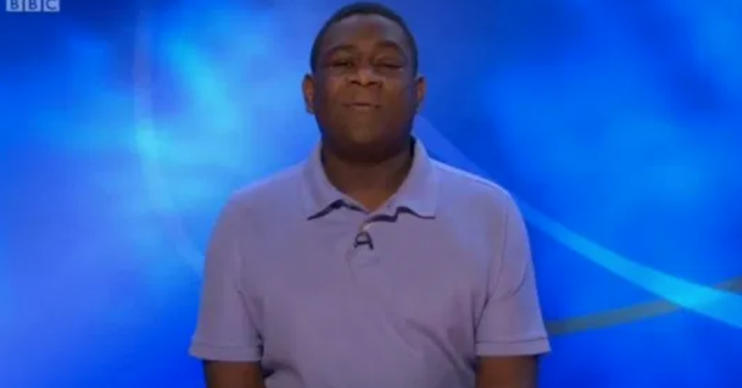 Devastated at the loss of my friend, David Rainford. Egghead, great bloke, great friend. We had blindingly good nights out mate. X

The circumstances around David’s death are not yet known.

In September 2019, David, 51, revealed on social media that he was unable to take part in the latest recordings of Eggheads because he was recuperating.

He said at the time: “Brand new Eggheads starting on Monday. I was still recuperating when these programmes were recorded, but I can promise you that there are some great shows coming up with excellent challengers that will keep you on the edge of your seats. Keep watching.”

David was one of nine Eggheads who appeared on the BBC Two show.

He had appeared as a contestant on Are You An Egghead? where he was a semi-finalist in the 2008 first series.

He was a quarter-finalist in the second series in 2009.

In 2012 he replaced CJ de Mooi on the show, earning himself the nickname Tremendous Knowledge Dave.

Tributes are being paid on Twitter, notably from fellow celebrity quizzers…

Fellow Egghead Lisa Thiel shared a touching tribute to her pal on Twitter.

She wrote in a series of tweets: “When I filmed my first block of #eggheads in 2014, I met the other Eggs in the bar before going to dinner. Dave turned round from the bar, huge smile on face, pint in hand. ‘Dave Rainford, really nice to meet you.’

“That was Dave all over. He always knew exactly the right thing to say to put someone at ease, to smooth over an awkward situation, to make you feel that talking to you was the greatest moment of his day.

“He wasn’t a perfect human – as he’d have been the first to admit – but as a mate and a colleague, he was damn, damn close. I’ve never met anyone else with Dave’s absolute likeability and it’s my privilege to have known and worked with him.

“Now excuse me – I’m in tears. When I’ve finished crying, I’m going to toast Dave with a hot curry and a drink. Then I’m going to get an agent, because Dave never stopped telling me I should make more of this telly thing. Thank you for all the good words mate. I love you.”

Anne Hegerty posted: “Very sad to learn that Tremendous Knowledge Dave Rainford of #Eggheads has died. One of the nicest people I ever knew. Never a bad word about anyone.”

I’m very sad to hear that one of the Eggheads has died. Dave “Tremendous Knowledge” Rainford, famous for being banned from pub quiz machines in Manchester, was the best company after a recording: always fun and sociable. I never saw him angry or ungenerous, not once.
RIP pic.twitter.com/fHX4oqaKSb

Very sad news that Egghead David Rainford has passed away; never met him but he said I was “exceptional” on Countdown. A quizzing legend taken too soon. My deepest condolences are to his family, friends and those who worked with and knew him. May he rest in peace.

Just heard the very sad news that David Rainford has passed away, I interviewed for Not the Spin fanzine, he loved Cricket and was a great supporter of @lancscccaction @lancscricket what a lovely lad, true gent and what a brain RIP Tremendous Knowledge Dave @daverainy1968

Very saddened to hear of the passing of David Rainford; a brilliant egghead, as the ‘Tremendous Knowledge’ name certainly points towards, and, though I never met the great man myself, I have never heard a bad word spoken about him.
RIP Dave – you’ll be sorely missed.

Sad to hear about the death of David Rainford. Many fond memories of seeing him on Eggheads

A legend among quizzers

More news on this story as we have it.

Leave your condolences on our Facebook page @EntertainmentDailyFix and let us know what you think of this story.