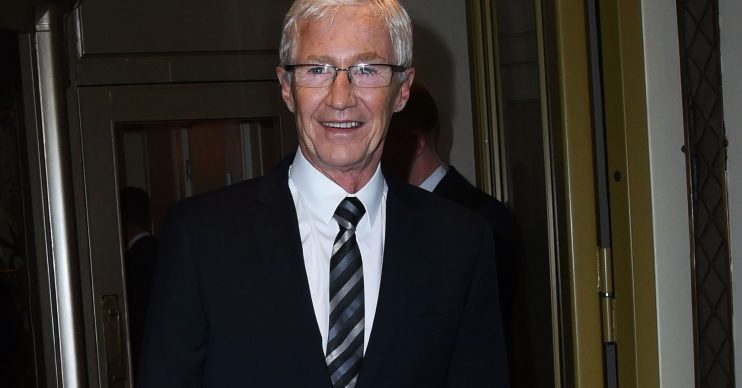 He's also continuing to work on For The Love Of Dogs

The NHS facility in London cares for sick children, offering the UK’s widest range of specialist health services for youngsters.

“We’re doing a show about the hospital and all the kids, so we’re in there three times a week now,” he said.

The programme is being made by Paul’s production company Olga TV but it is not yet known when it will air, or on which channel.

The Radio 2 DJ is filming the documentary whilst also continuing to work on For The Love Of Dogs for ITV, which highlights the work of Battersea Dog Home.

“I go from GOSH to Battersea Dogs Home – sick kids to sick dogs!” Paul said of his current working hours.

He added that it has been a privilege to get to know the children at GOSH.

“The kids are marvellous. They are so resilient,” he said. “They really are a lesson to us all.”

It’s not the first time the Blind Date host has supported the work of the children’s hospital or visited their patients.

In December, he took a number of dogs from Battersea to the wards to meet the poorly kids and cheer them up.

Paul said at the time: “It was wonderful to see the children’s eyes light up when we arrived with the Battersea dogs. I know how much they will be missing their own pets. Some of the children had drawn pictures of their favourite dogs, and they were absolutely made up to have a furry friend sit by their side.

“The dogs loved the attention, and it was such an honour to meet with the children, their families and the hospital staff, some of who will be working over Christmas.”

Paul has also revealed that he is following in comedian David Walliams’ footsteps by becoming a children’s author.

He told the Daily Star: “I’m writing a kids’ book, which I thought was fabulous and dashed off 90,000 words about a little boy and they came back with pages of notes saying: ‘You can’t have this, you can’t say that, you’ve got this wrong.’

Paul also told the paper that he doesn’t have any plans to bring back his alter ego Lily Savage, as he doesn’t think today’s social media generation will get her humour.

“It’s all too PC now and I hate it. People ask me if I’d do Lily again and I say no way – I’d be lynched!” he explained.

Will you watch Paul’s new show on GOSH? Leave us a comment on our Facebook page @EntertainmentDailyFix and let us know what you think!