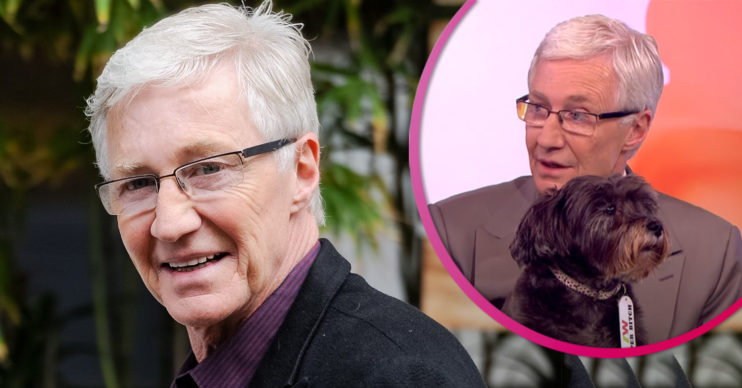 Paul O’Grady has paid tribute to his late dog Olga two years after her death.

The For the Love of Dogs presenter shared a snap of Olga to Instagram on Wednesday after “rooting through photos”.

Paul said Olga was a “brave little dog” who was “fiercely independent and full of character”.

Rooting through photos I found this of Miss Olga, a brave little dog, fiercely independent and full of character. I never had to keep her on a lead as she was so street wise. I don’t half miss her!

Read more: Paul O’Grady compared to a ‘stripper’ after sharing throwback to his The Bill days

Alongside the image, Paul wrote: “Rooting through photos I found this of Miss Olga, a brave little dog, fiercely independent and full of character.

“I never had to keep her on a lead as she was so street wise. I don’t half miss her!”

Fans shared their memories of seeing Olga on TV with Paul.

One person said: “Aww Olga… I remember watching her on TV after school!!! I adored her!!!”

Another wrote: “Olga was a national treasure everywhere. Aww miss your chat show… was brilliant.”

At the time, Paul opened up about Olga’s death and said it was the “hardest thing”.

He told the Mirror: “I held her and off she went, I buried her myself in the orchard. She was widely loved. She had her own fan club.”

Paul continued: “I’m really sad but there was no choice but for Olga to be put to sleep.

“She was ready to go. At least I will have a good night’s sleep now. I have been up with her for two nights on the sofa. She’s been up in the night vomiting and things.”

A brave little dog, fiercely independent and full of character.

Paul added that it was the “hardest thing to do but it’s the only thing to do”.

Olga regularly appeared on Paul’s talk show the Paul O’Grady Show and viewers fell in love with her.

The operation was successful, however, left Olga with one kidney.

Do you remember watching Olga on TV with Paul? Leave us a comment on our Facebook page @EntertainmentDailyFix and let us know.