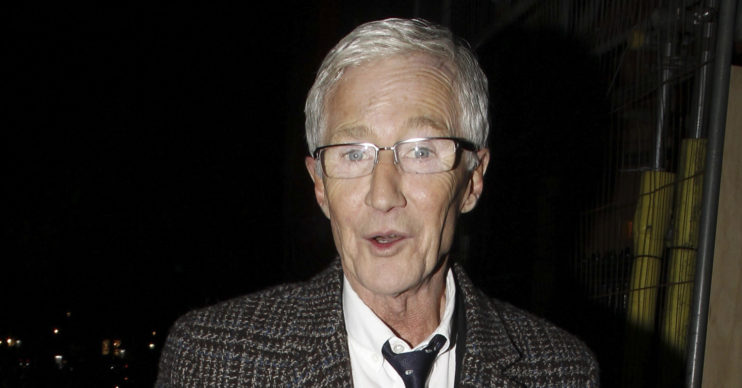 Telly legend Paul O’Grady and his friend Amanda Mealing have opened up about a ‘traumatising’ trip to EuroDisney.

The star, 64, addressed his some 65,600 Instagram fans about his past ordeal.

He shared a snap of his looking decidedly miserable wearing a Disney Fantasia hat.

Paul captioned the snap with: “Amanda, Do you remember when we all went to EuroDisney in the middle of winter and I got stuck on the It’s a Small World ride with the kids? This was my reaction. I’m still in therapy.”

His pal and Casualty actress Amanda Mealing, 53, replied that she did remember their ill-fated trip.

She joked that she was still “traumatised” at getting stuck on the children’s theme park ride.

Paul wrote back that he remembered getting into a heated exchange with a Frenchman over queuing.

He even quipped that the whole experience “brought the worst out” in him.

The For the Love of Dogs star wrote: “Do you remember that French fella who jumped in when you were queuing in the shop and who told you ‘This is France, we don’t queue’. I seem to remember going back in the shop after him and giving him what for.

Amanda, Do you remember when we all went to Eurodisney in the middle of winter and I got stuck on the It’s a Small World ride with the kids? This was my reaction. I’m still in therapy.

“That place brought the worst out in me. Let’s not talk about the hot dog incident…..”

Mum-of-two Amanda counts Paul as one of her closest friends. He is also godfather to her two sons.

Paul’s Instagram posts are already causing quite a stir, even though he’s only been on there for a few months!

The funnyman has been continually updating his fans on his quirky lockdown goings on.

I can think of no better place to practice my ukulele than in a field full of daisies, plus I’m not driving everyone mad out here playing’ You are my Sunshine’ over and over again although I notice that the sheep have buggered off. Philistines, they’re obviously not music lovers

He also recently revealed that he has suffered from coronavirus himself.

The presenter told BBC London: “The coronavirus – you’d know if you caught that.

“I lay on the couch with the fire on and the dogs on top of me moaning. When you are lying on the couch dying or you think you are. It was sheer exhaustion like Chris Evans had too.”