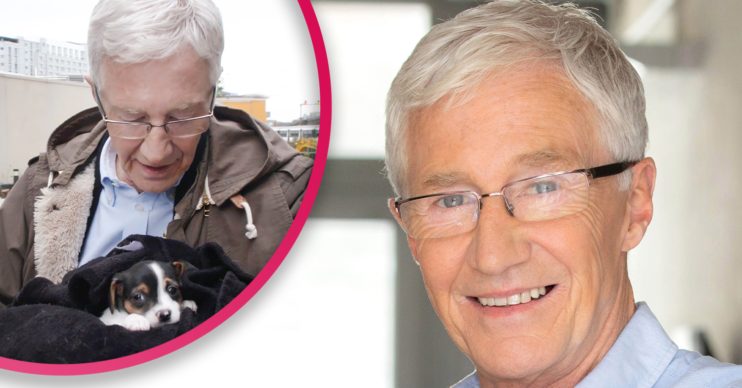 National treasure Paul O’Grady has reassured concerned fans over the future of his hit series For the Love of Dogs.

The comedian and animal lover, 65, announced last week that ITV was forced to delay filming.

Lockdown has meant there are currently few dogs in the famous Battersea Dogs and Cats Home.

The majority are at foster homes, which would make filming extra difficult and indeed complicated.

When will For the Love of Dogs return?

He explained last to his 215,000 Instagram followers: “We were supposed to start filming in August but they’ve got no dogs.

Read more: Katie Price and new boyfriend Carl Woods ‘set for his and hers teeth’

“I suppose it’s when circumstances changed and they’re made to go back to work we’ll see a lot of dogs brought in.

Fans were left devastated at the prospect of no new episodes until the end of this year.

However, Paul now says he expects filming to be resumed sooner.

On Instagram one concerned fan wrote: “Hi Paul, sorry to hear filming has been postponed but hey, running out of dogs in some respect is a good sign…hope we see you soon tho..”

Paul replied that they may be back to filming in as little as a month. He also praised the hard work of the Battersea team during lockdown.

He wrote: “I think we’ll be back in a month or so, they’re still taking dogs and cats in but they’ve only got a skeleton staff who are working like trojans so I’ll be really glad to get back in there and get stuck in.”

Paul even became a new dog owner thanks to lockdown at the animal shelter.

He agreed to take in Jack Russell puppy Nancy just as lockdown came in place back in March.

Of course he fell in love with the adorable pooch, and added her to his ever growing menagerie.

Introducing her on the ‘Gram’ he explained: “As #batterseadogsandcatshome had closed temporarily and I’d been filming there we were asked if we’d like to foster a dog.

“I’d grown quite fond of this little pup so I took her home. Of course I fully intended to keep her from the start and I’ve called her Nancy. Don’t let the innocent look fool you – she’s well ‘are.”

Are you excited for new episodes of For the Love of Dogs? Let us know on our Facebook page @EntertainmentDailyUK.