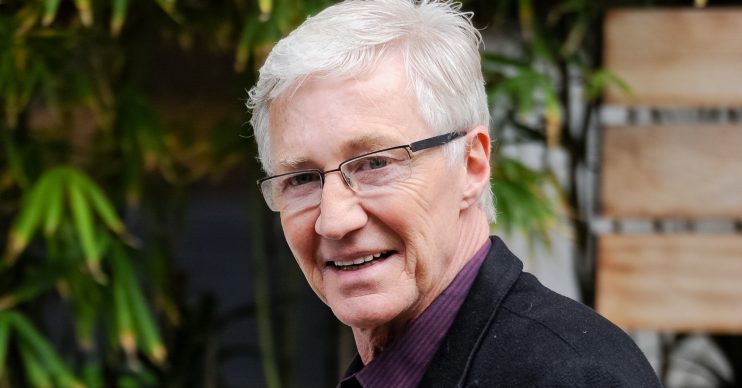 Despite having elocution lessons as a child

The 64-year-old Liverpudlian grew up in the north of England, and went to a “rough” secondary modern school.

But despite having elocution lessons as a kid and moving to London to pursue his career in the entertainment business, he’s pleased that he has never lost his northern accent and gone “posh”, and admitted he loves to “lay it on really thick” with some people.

Read More: ED! EXCLUSIVE: Paul O’Grady is adopting adorable puppy and its mummy from For The Love Of Dogs

The For the Love of Dogs host also revealed that he was “punched” by both his brother and cousin when he came home from school speaking more eloquently.

Speaking to the Daily Star, he said: “I remember coming home one day and saying, ‘I’d really like budgerigar’, and getting punched off my brother and my cousin.

“And then I failed the 11-plus of course and went to a secondary modern school which was shall be say a little bit rough, and ended up speaking like this.”

Paul said he came to London and “softened my accent”.

He added: “Look at the way I speak now … beautiful. But I did have a very thick Scouse accent, very, very thick. I still have got a Scouse accent and I’ve not intention of losing it either.”

But I’ve hung onto mine. Sometimes I lay it on really thick with certain people

Paul said “people at drama school, they came out speaking frightfully posh” but he’s “hung onto mine”.

Meanwhile, it was recently reported that Paul’s rebooted version of Blind Date has been axed.

The dating show returned in 2017 with late host Cilla Black’s good friend Paul at the helm, but channel bosses decided to drop the programme after ratings reportedly failed to live up to expected figures and it was deemed too “expensive” to keep producing new episodes.

A source told the Daily Star: “After a number of series on Channel 5, it’s been decided that it’s time to ditch it. Execs loved reviving such an iconic show, but it hasn’t gone as well as they hoped. Everyone involved is sad to see it go.

“No-one was expecting the show to pull in the figures it did in the 90s. But less than a million is just not enough to warrant another series.

“Channel 5 bosses are quite keen to focus on documentaries rather than expensive entertainment formats that just aren’t popular enough.”