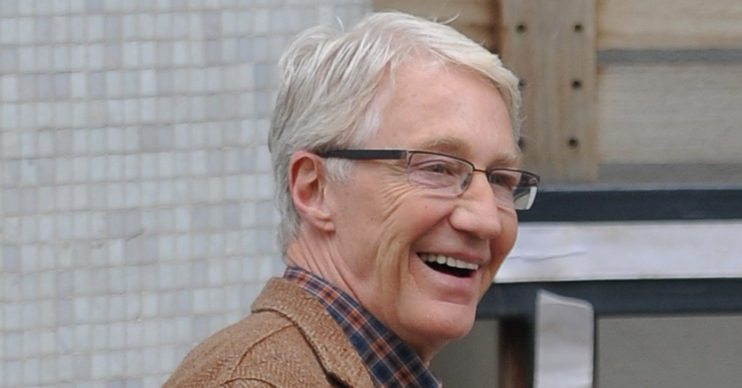 Paul is such a kind soul

Paul O’Grady has shared a new peek into his upcoming episodes at Battersea Dogs and Cats Home.

The presenter, 65, has finally resumed filming Paul O’Grady: For The Love Of Dogs.

The popular ITV show had been previously put on hold due to lockdown.

In a new picture, Paul is shown comforting a very nervous looking poodle.

The timid pooch is shown looking into Paul’s eyes as he pets the poor thing.

For The Love Of Dogs is back in action

Lying on the ground, the former Lily Savage star looks well at home with the rescue dog.

He captioned the Instagram photo in view of his some 262,000 followers with: “Another little Battersea Babe in need of a little bit fuss.
#battersea.” [Sic]

Read more: Paul O’Grady fans in tears as penguin is put down on Animal Orphans

Paul went on to jokingly correct his grammar: “That should read ‘of fuss’ but I’ve got a dog on my head with a squeaky chicken ( not a real chicken you understand).”

Fans rushed to praise Paul on his kindness towards the small creature.

One user penned: “That dogs’ eyes say it all. Dogs don’t need to speak. They all must pull at your heart strings Paul x.”

Another little Battersea Babe in need of a little bit fuss. #battersea

A second user gushed: “You have such a wonderful empathy with the animals. I would be a snivelling wreck (I often am when I watch the programme) and I would have a houseful before I knew it.”

And a third user pleaded: “Oh please get her a good home what a beautiful dog. Well done Paul. I love this programme and I cry every time.”

Read more: Viewers swoon as Tom Hardy appears on For The Love Of Dogs

For The Love Of Dogs first aired on ITV in 2011 and has continued to be immensely popular ever since.

In each episode, Paul visits dogs in need of adoption at Battersea and follows their journey.

Most, but not all, have happy endings. The show aims to show the reality of dog rescue and the importance of adopting rather than buying animals.

Paul injects his well-known sense of humour into the series, as well as his lifelong love and empathy for animals.

The comedian turned animal presenter has many rescued animals of his own.

He has rescued several dogs from Battersea and has also rescued a lamb from the RSPCA.

He even has a couple of pigs and some chickens.

His most recent addition is Jack Russell, Nancy. He took her in during lockdown as a foster pup from Battersea.

But naturally he fell hard for the pooch, and now she joins his ever-expanding menagerie.