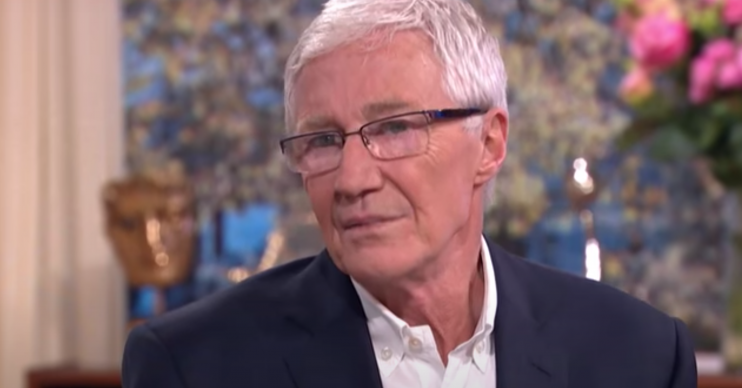 Fans were quick to offer their best wishes

Telly fave Paul O’Grady has lost his beloved pet dog Boycie, it has been announced.

Malcolm Prince tweeted a snap of Paul – who recently said he has coronavirus – giving Boycie a cuddle on behalf of the TV presenter.

He also delivered a short message to Paul’s fans about the sad loss.

Malcom wrote: “A message from Paul O’Grady… Sadly, he had to say goodbye to Boycie today.

It is believed Boycie was a furry Bischon/Shih Tzu.

Fans were devastated by the update and made their own tributes on Twitter.

A message from Paul…

Sadly, he had to say goodbye to Boycie today

“No not Boycie! Poor Paul!” wrote one sympathetic person.

“It is a cruel world, RIP Boycie God bless, and thinking of Paul too,” added another.

A third wrote: “Love to Paul on such a sad loss. What a lucky little dog, to know he was so loved.”

Many well wishers also directed their thoughts directly to Boycie.

“May Boycie play over the rainbow,” contributed another.

“Farewell Boycie,” remarked yet another.

Just a couple of years ago, Paul revealed his immense sense of loss after another pet died.

Paul had to say goodbye to Bullseye in early 2019 after the dog suffered a huge epileptic seizure.

The For The Love of Dogs host told listeners: “Now I will tell you my lousy news.

“You know that I did have an epileptic dog called Bullseye.

“I’ve got two dogs that both have epilepsy and I’ve managed it with medication.

“However on Monday night he had a massive seizure, like a really bad one that he didn’t come out of and on the way to the vets at two o’clock in the morning he died in the car.”

He continued: “And it gets worse, then I get home from the vets and one of my other dogs had found a bar of chocolate that was 80% cocoa that had been left out stupidly – not by me!

“So we had to go back, it was the same emergency vet, for her to get her stomach pumped and we got her back two days later looking worse for wear because she was covered in charcoal because you know they give them charcoal at the vets.

‘Such a lovely dog’

“I can’t tell you, poor old Bullseye. He was such a lovely dog, he had a thing about doorways, you had to coax him through them and he wouldn’t go upstairs.

“It was part of his condition I think, he was a sweet little dog and sadly missed.

“It’s just terrible really and I just said to Malcolm ‘no more, that’s it Malcolm, no more animals!’

“Maybe a mongoose might twist my arm, but no I can’t handle it, it’s what I always say. Invite an animal into your life, inevitably you invite heartache.”