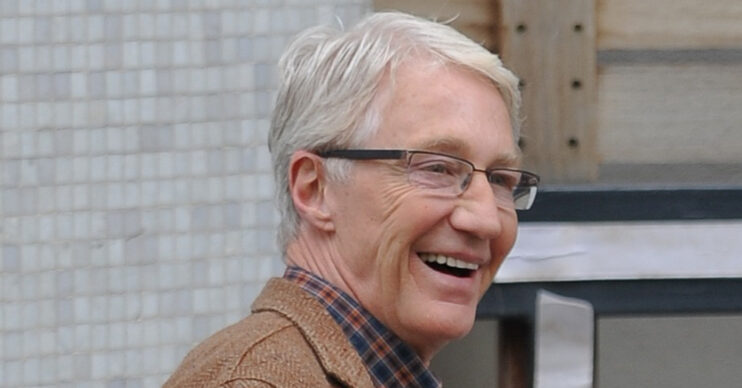 Paul O’Grady has proven his relatability to his army of fans yet again.

The For The Love of Dogs ITV presenter, 65, says he’s finding working from home a bit difficult.

The star has been forced to present his popular BBC radio show from home for some time now.

But he says he’s been finding it challenging due to noisy airplanes.

Paul shared a photo of himself sitting next to a historical cannon, looking decidedly grumpy.

Sharing in view of his some 291,000 Instagram followers, he captioned the snap with:

“Y’know I’ve been having problems with low flying aircraft over the house when I’m trying to broadcast my radio show from the back bedroom? Well I’ve finally found a solution…..#dovercastle #bbcradio2.”

Read more: Katie Price admits to thoughts of suicide before The Priory stay

EastEnders star Adam Woodyatt quipped: “We have the same problem in Walford… can we borrow it?”

While a fan joked: “Go get em Paul!!! Call in Dads Army that will scare them off!!”

Another fan compared him to Dad’s Army with: “Crikey you look very professional a bit like dad army.”

And yet a further user posted: “Love your facial expression … just brill xx.”

Paul’s only had his Instagram account this year – but it’s been one of the bright sides of 2020.

The popular celeb has continually delighted fans with his lockdown and pet updates.

He even reassured users back in April that they shouldn’t be so harsh on themselves during these unsettling times.

He shared that he’d ‘let himself go’ but was unbothered.

Y’know I’ve been having problems with low flying aircraft over the house when I’m trying to broadcast my radio show from the back bedroom? Well I’ve finally found a solution….. #dovercastle #bbcradio2

And he encouraged people to not put too much pressure on themselves.

Sharing in a video on Instagram, Paul said: “I would just like to say that if you’re self-isolating and you are worried about letting yourself go a little bit then don’t.

“Because me and Arthur [his dog] would just like to say that we haven’t had a wash, we’re unshaven.

“I’ve cleaned my teeth…And as you can see the barnet has gone crackers.”

“But to tell you the truth, I don’t care. I couldn’t give a damn.

“And I was eating chip butties at all hours of the morning.

“So there you go. If you’ve let yourself go, enjoy it! And have a nice day.”