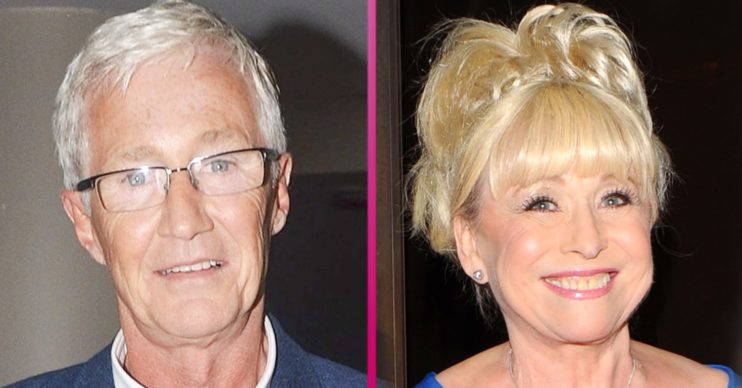 The pair were great friends

Paul O’Grady has said he’s not up to talking about his late pal Dame Barbara Windsor yet.

The For The Love of Dogs star, 65, said he is delaying his BBC Radio 2 tribute to the late Carry On actress until the end of the year.

Taking to social media, he said he simply isn’t ready to talk about his close friendship with Babs.

Sharing in view of his some 345,000 Instagram followers, he explained: “We’re doing a tribute to Bar on my end of year Radio 2 Sunday show.

“I’m not up for talking about her on the wireless so soon. Hope you’re all well and looking after yourselves.”

How did Paul O’Grady and Barbara Windsor know one another?

Fans rushed to wish Paul well and pass on their condolences.

One user replied: “Bless you Paul…hope you’re okay and looking after yourself too.”

While another user reminisced: “I remember you saying on the Paul O’Grady Show that the two of you is used to ring each other every Sunday.”

I’m not up for talking about her on the wireless so soon.

Whereas a third user gushed: “Aw gorgeous lady and be sadly missed by all her adoring fans.”

Paul has a popular Radio 2 show every Sunday at 5pm. His last episode of the year is on Sunday December 27 at 5pm, when his tribute to Barbara is expected to air.

What did Paul say about Barbara’s health?

The Lily Savage star was a close friend of Barbara’s for decades.

The iconic EastEnders actress tragically passed away on 10 December aged 83. She had suffered from Alzheimer’s since 2014.

Upon hearing of her death, Paul posted a series of social media tributes to the star.

Firstly he shared a picture of him embracing the late star.

He captioned the heartbreaking snap with: “I’m absolutely gutted to hear that my friend of 30 years Dame Barbara Windsor has passed away.

“She was an incredible lady and if you looked up the definition of Professional in the dictionary it would say Barbara Windsor.

“My love and sympathy to her husband Scott. Rest in peace Bar, it was a privilege to have known you.”

In fact, Paul says he remained in close touch with her throughout her battle with Alzheimer’s.

Back in 2018 he revealed that he’d visited her and was thrilled when she said she absolutely still remembered him.

Before adding: “If she does repeat herself, you just answer it and carry on like you haven’t heard it before.”