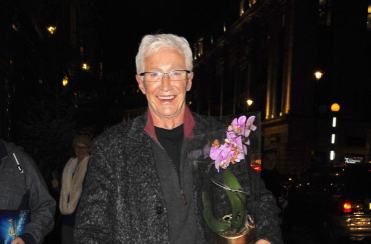 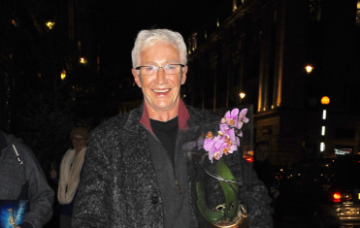 At the age of 63 and following a number of heart scares, Paul O’Grady could be forgiven for wanting to cut back on his workload.

But the Radio 2 DJ has admitted he wants to do more not less, and is particularly keen to flex his acting muscles again.

“I haven’t done enough of it,” he told the Daily Mail’s Weekend magazine. “The last thing I did was Holby City, five years ago, playing a character who was dying of cancer.

“I’d put pyjamas on, climb into bed, someone would bring me a bacon buttie, we’d film a scene and I’d be lying there thinking, ‘This is a nice job!’ I’d love to do more of the same.”

Paul has previously also had small roles in shows including The Bill and Doctor Who.

Between 2003-04, he had a recurring role in TV series Eyes Down and admitted it was great fun.

“Acting can be a real laugh. I played the manager of a bingo hall in a BBC sitcom called Eyes Down in 2003 and I got sent home for laughing,” he admitted.

“I was great friends with my co-star, Edna Doré, who played Mo Butcher in EastEnders, and on one occasion her teeth fell out. We literally couldn’t stop laughing. In the end the director just sent us home for the day.”

While he doesn’t currently have any acting roles lined up, Paul is currently keeping busy as the presenter of a number of shows.

He’s back as the host on Channel 5’s revamp of Blind Date, stepping into the shoes of his late best friend Cilla Black.

And he’s filming another series of his ITV documentary For The Love Of Dogs.

“We’re doing a show about the hospital and all the kids, so we’re in there three times a week now,” he told New! magazine.

“The kids are marvellous. They are so resilient. They really are a lesson to us all.”

He added of his current working hours: “I go from GOSH to Battersea Dogs Home – sick kids to sick dogs!”

And that’s not all!

Paul has also revealed that he is following in comedian David Walliams’ footsteps by becoming a children’s author.

He told the Daily Star: “I’m writing a kids’ book, which I thought was fabulous and dashed off 90,000 words about a little boy and they came back with pages of notes saying: ‘You can’t have this, you can’t say that, you’ve got this wrong.

When he’s not working, Paul is at home with his husband Andre Portasio and their five dogs.

They also care for numerous farmyard animals including chickens, goats, pigs and sheep.

We wonder how he’d have the time to fit in acting roles too!