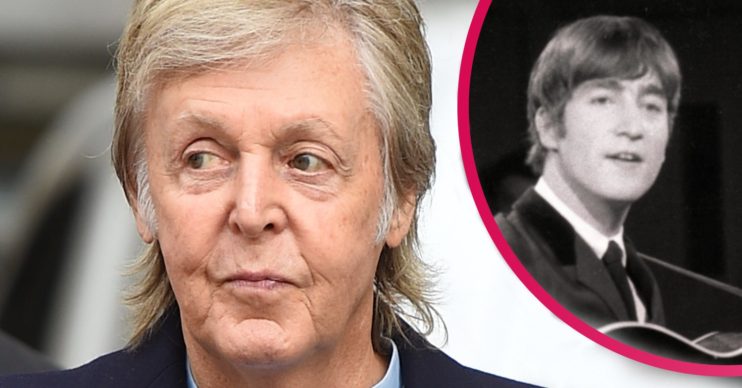 'Remembering my friend John with the great joy he brought to the world...'

Paul McCartney has penned a moving tribute to John Lennon.

Addressing his some 3.3 million Instagram followers, Paul shared: “A sad sad day but remembering my friend John with the great joy he brought to the world. I will always be proud and happy to have known and worked with this incredible Scouser! X love Paul.”

Dozens of The Beatles fans rallied around Paul in the comments section.

One user commented: “John and Paul, the best dynamic duo in history.”

While a second user posted: “We miss him… we love him but we will never forget him.”

And a third user wrote: “He loved you so much Paul” and a fourth user praised: “Love you both, I’m thinking of you Paulie.”

What did Ringo Starr say about John Lennon?

Addressing his some 1.9 million Twitter followers, he shared: “Tuesday, December 8, 1980 we all had to say goodbye to John, peace and love John. I’m asking every music radio station in the world sometime today play Strawberry Fields Forever. Peace and love.”

And John’s wife, Yoko Ono, 87, shared with her some four million plus Twitter followers that both she and his sons missed him.

Yoko tweeted: “The death of a loved one is a hollowing experience. After 40 years, Sean, Julian and I still miss him.’Imagine all the people living life in peace.”

John was shot to death outside of his New York apartment building four decades ago at the age of 40.

He was on the way back from recording at a music studio when Mark Chapman, then 25, shot him four times.

Just six hours prior Mark and John had met, and John had signed him a copy of  his album with Yoko Ono – Double Fantasy.

Mark’s reasonings for killing his idol John have varied throughout the years.

Originally it was said to be because he was angered when John said that The Beatles were ‘bigger than Jesus’.

But then this year, he told his parole board that he was sorry for his act, and he had no valid excuse for his actions.

He said: “I have no excuse. This was for self-glory. I think it’s the worst crime that there could be to do something to someone that’s innocent.”

He remains under a life-sentence at Wende Correctional Facility in Alden, New York.