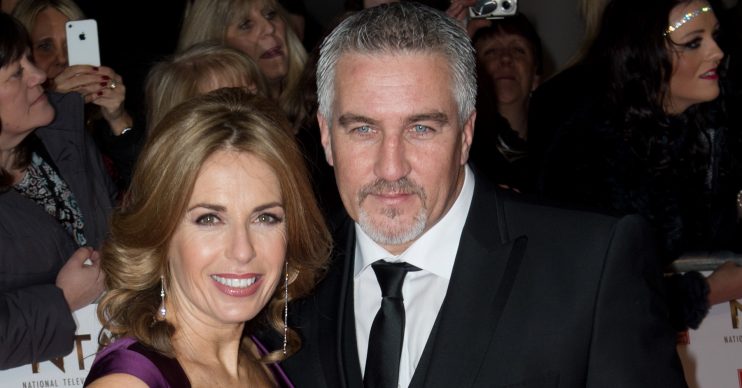 More bad news for the baker!

After his split from younger girlfriend Summer Monteys-Fullam last week, there seems to be more bad news on the horizon for Paul Hollywood.

It’s been claimed that the Great British Bake Off star’s ex-wife Alex Hollywood is reportedly set to “fight” for a share of his earnings as part of their divorce settlement.

The couple are said to be due to appear at the High Court any day now, after a date from two weeks ago was put off, allegedly at Paul’s request.

The Daily Mail reports that Alex, who has reinvented herself since their split and reportedly has a cookbook in the pipeline, “wants a judge to decide on the size of her settlement”.

Despite reports the pair have reached their own settlement, the paper alleges that isn’t true, with Alex said to be prepared to play “hardball”.

Evening, Weather was “scorchio” today, judging by pic I had a soggy bottom 😂 #grumpygit

The starting point, which Paul isn’t said to be happy about agreeing to, will be a 50/50 split of his assets.

He may also have to hand over the £2.4 million home Alex currently shares with the couple’s son Josh, 17, to his ex-wife.

With a fortune thought to be in the region of £10m, Paul could be about to lose half of it to Alex.

He may be ordered to give his ex, who supported her husband as he built his career and is said to have assisted with the writing of his cookbooks, up to £5m.

While Paul’s love life has been the subject of many headlines, Alex has kept a dignified silence. She’s even said that she doesn’t feel “angry” at her ex.

Alex revealed to Prima magazine: “I don’t feel angry with Paul – though of course there’s a certain amount of hurt. Anger is emotive and I’m not carrying that around with me. All it does is upset you.”

It’s humid hot and sticky I’m having dinner with friends . I couldn’t face getting dressed up so thank goodness for my @carrefourfrance dress I grabbed when staying with the fabulous @maisondelaroche .. €14 and worth every penny, easy to bung on, and dare I say the ‘c’ word? .. comfortable ! #dinner #heatwave #keepcool #instamum #instalife #smile

A source told the Daily Mail: “It has been nearly two years since the split and probably for the past six months she has been really in a more positive place.”

They added: “She is excited about the future and looking for ways to reignite her career. She has been doing food festivals and shows and is now free to do anything she wants.”

The news comes as Paul broke his silence on his latest love split, saying there are “two sides to every story” and telling his fans they should take what they read “with a pinch of salt”.

Ent Daily has contacted reps for Paul and Alex for comment on this story.

What do you think of our story? Let us know over on our Facebook page @EntertaimmentDailyFix.