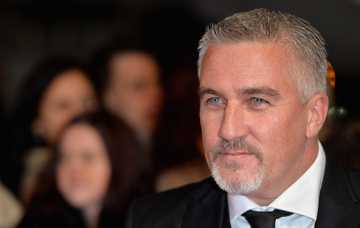 Paul Hollywood’s 22-year-old girlfriend, Summer Monteys-Fullam, has opened up about her relationship with the Bake Off host, and their 30-year age gap.

The pair reportedly started dating after Paul’s marriage to wife of 19 years, Alexandra, broke down in November last year.

Summer apparently spoke about her relationship for the first time in an interview with the Mail Online, saying that she’s happy.

“Last November I was emotionally drained – but now I’m loving life,” she said.

When asked about the age gap between her and Paul, she said: “I’m fine and I’m enjoying life. I’m not upset… I’m happy. Why should it bother me?

“There are many other people in the world with age gaps, and marriages and kids and everything else and I’m fine.”

Summer met Paul in his local pub, where she was working behind the bar.

The pair recently went on a luxurious holiday in Mauritius, and are said to be living in a secluded farmhouse, complete with horses.

Paul and Alexandra married in 1998, and previously separated for some months after Paul had a brief affair with his US Bake Off co-host Marcela Valladolid in 2013.

He called the affair “the biggest mistake of my life,” and eventually convinced Alexandra to give the marriage another chance.

But it wasn’t to last. The former couple have a 16-year-old son.

Summer insisted that she was nothing to do with the end of Paul and Alexandra’s split, claiming she met Paul “way after his marriage ended”.

Is there a big age-gap in your relationship? Visit our Facebook page @EntertainmentDailyFix and let us know your experience.