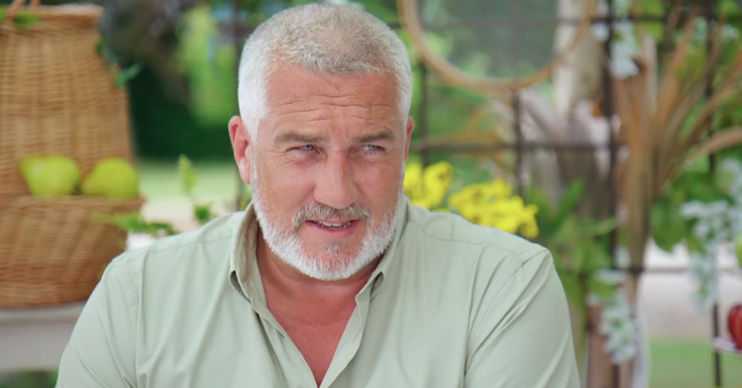 Silver-haired telly grump certainly brought a smile to some faces

Fans of The Great British Bake Off have revealed they’re hoping for a little more than tips on how to bake the perfect mince pie this Christmas after ogling a pic of a very seasonal-looking Paul Hollywood.

The 53-year-old baking judge got quite the positive reception as he shared a snap showing him in full Father Christmas costume this afternoon – and could probably afford to give himself one of his own Hollywood handshakes as congratulations for how it has been appreciated by some very lusty admirers.

The silver-haired telly grump certainly brought a smile to some faces going by the comments – peppered with love eyes emojis – left on the image, some of which were rather saucy

“Are you coming down my chimney?” one commenter enquired, no doubt perfectly innocently.

“First time I ever fancied Santa…” remarked another fan.

A third person continued: “Wouldn’t mind sitting on his knee to tell him what I want for Christmas lolI haven’t been good though.”

And another enchanted observer put it pretty bluntly, writing: “Oh god I would 😍.”

Earlier this week, Paul’s ex wife Alex insisted she would be keeping his surname despite their “horrendous” divorce.

She said during an appearance on Loose Women: “I’ve been Hollywood for nearly 20 years and you kind of grow into that name.

“More importantly, yes I’m getting divorced – but I’m not divorcing my son. He’s a Hollywood and I’m his mum, I’m not going to get rid of his name.”

Paul also endured a bitter split from ex Summer Monteys-Fulham, 24, over the summer.

Still, at least nobody can get too upset if any kids see mommy kissing Santa Claus this Christmas. Apart from daddy, maybe.