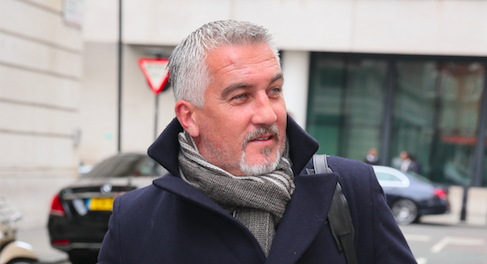 They are reportedly very happy together

The Great British Bake Off judge Paul Hollywood has confirmed he is in a new relationship.

She reportedly works at a pub local to his country home, and they hit it off while he frequented as a customer.

The pub, The Chequers Inn in Smarten, is a short drive away from Paul’s Kent mansion.

A spokesperson for Paul confirmed to the Daily Mail: “They are very happily together.”

However apparently the pair didn’t spend much of Christmas Day together, as she was working in the pub.

A source claimed: “Melissa was pulling pints and cleaning tables on Christmas Day so they didn’t get to spend much time together, but they are away now.”

This is believed to be Paul’s first romance since splitting from barmaid Summer Monteys-Fullam, 24.

According to a source at the time, Summer feared that  Paul was seeing Melissa during their own relationship.

A source told The Sun: “Summer has a lot to say on the matter but is trying to keep her powder dry.

“Paul insists that there was no crossover and he is just mates with Melissa and has been previous to his split from Summer.”

Summer split up from Paul this August, after he reportedly confronted her with a Non-Disclosure Agreement.

Paul was married to wife Alex for over 20 years, and they finalised their divorce this year.

The pair share a son, Josh, 16. Paul had been caught having an affair with his US co-host Marcela Valladolid in 2013.

He and Alex came close to divorce over his transgression, but they stayed married for a further six years.

Alex recently spoke out about her divorce during an appearance on Loose Women.

The 51-year-old, who is a cook, described divorce as “horrendous”.

She said: “It’s horrendous. Divorce is horrible. It’s a really hard, sad thing to go through and you’ve got to go all the way through from start to finish and get through but you do come out the other side.”