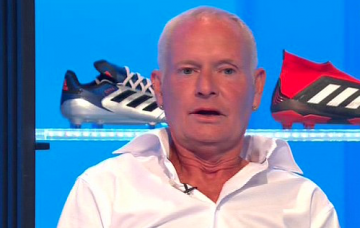 Alleged incident occurred on a train

Paul Gascoigne was reportedly arrested on suspicion of sexually assaulting a woman on a train last Monday (August 20).

The Sun reports that the former England footballer, who is 51, was held by British Transport Police at Durham railway station.

The troubled star is said to have been arrested following an incident on a train from York, and was taken in for questioning on suspicion of ‘sexual assault by touching’.

He was released after questioning,

A police spokesperson confirmed that a man had been arrested at Durham train station following an allegation of sexual assault:

They told The Sun: “Officers were called to Durham station at 6.45pm on Monday following reports that a woman had been sexually assaulted on board a CrossCountry train from York.

“A 51-year-old man from Gateshead has been arrested on suspicion of sexual assault by touching.

“He has been released under investigation. Officers are continuing to make inquiries.”

Gascoigne, who previously played for Newcastle, Tottenham and Rangers, has endured alcohol addiction for many years, and has had stints in rehab.

He was recently forced to deny he was drunk during an appearance on Sky tv’s Soccer AM show. The football legend blamed sleeping tablets for his chaotic appearance.

Recently friends have spoken of their belief that the troubled star had turned his life around, and was settled with new partner, art gallery boss and mum-of-two, Sara Lovett.

He is believed to have been residing in a quiet village in South Leicestershire,  just twelve miles from her home, having moved from Poole, Dorset.

”The most important thing is that he is getting well, he is relaxed and happy and says he feels the best he has for ages, she said.”

She added that despite much speculation about his issues, he was better than people might think.

She said:  “He’s Paul to me and just a nice, funny guy who’s had a tough time but is coping better than his fans are led to believe.”

We have reached out to Paul’s representative for comment.