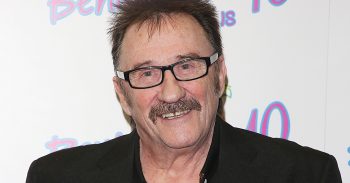 The 71-year-old star was told by the youngster’s mum that playing the title song of his and late brother Barry Chuckle’s comedy show on a loop helped to bring her daughter out of a coma, after she had contracted meningitis.

He told The Sun newspaper: “She was on a life support machine and they told her if she hadn’t come round by Monday, they would turn off machines off and that’s it.

“The little girl was a massive ChuckleVision fan and never missed an episode.

“So the mum recorded the theme tune on loop and returned to her bed to play her the music.”

The youngster woke up from her coma and asked her mum if ChuckleVision was on.

Paul said: “I thought from then on, if we do nothing else in the world, at least we’ve saved a little girl’s life.”

The comic suffered a loss six months ago when his brother Barry passed away from cancer aged 73, and Paul admits he misses his sibling “every day”.

He added to the publication: “We worked together for 55 years and I feel like he is still beside me.”

Paul recently urged fans to help him land a spot on I’m A Celebrity… Get Me Out Of Here!, admitting he “can’t understand” why he is yet to be on the programme.

In response to a tweet from a fan who said he “has to” be on I’m A Celebrity next year, he replied: “Tell @imacelebrity @ITV that (sic)”

Another supporter also insisted Paul’s appearance on the show “definitely needs to happen”.

He replied: “Can’t understand why it never has, I’m anything but boring (sic)”

In March last year, five months before Barry passed away, Paul admitted his wife Sue was keen for the Benidorm stars to appear on the Australian jungle-based reality show, but his sibling wasn’t sure he was fit enough.

Barry said to I Talk Telly at the time: “I would have done I’m A Celebrity a few years ago, but I think I’m getting a bit past it now. I’m not sure I could do all those things that they want you to do.”

Paul added: “I know the wife wants us to go into the jungle on I’m A Celebrity so that she can go in that Versace Hotel … I know her game.

“She’d be drinking champagne and having caviar while I’m eating a load of rubbish in the jungle.”

Were you fans of the Chuckle Brothers? Leave us a comment on our Facebook page @EntertainmentDailyFix and let us know what you think.