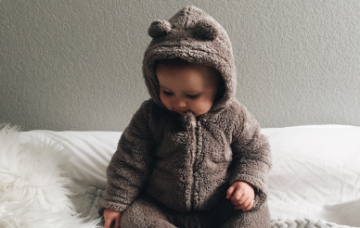 Most popular baby name predictions for 2019 are in!

They’re not exactly child-friendly, but BBC hit thrillers Killing Eve and Bodyguard are set to inspire some of the most popular baby names next year, experts predict.

So if you’re an expectant parent, you may have already considered Eve or the more extravagant Villanelle, her nemesis, for your little one.

But some traditions never change, and Disney is still a big factor when it comes to new mums and dads picking their baby’s moniker.

Elsa and Anna from Frozen remain popular, but according to parenting website Baby Centre, some more outlandish names will see a huge rise among the crop of 2019.

The phenomenon is being dubbed the “box-set babies” as hit TV shows become the source for a whole trend of new names.

When it comes to Bodyguard, which is now the BBC’s biggest ever box set, the two principal characters David and Julia, played by Richard Madden and Keeley Hawes, will hardly raise many eyebrows.

Read more: All you need to know about BBC thriller Killing Eve

The huge popularity of Killing Eve, however, is expected to result in girls being called Villanelle, the show’s charismatic assassin.

Game of Thrones’ forthcoming final series is also likely to increase the number of tots named Sansa, Tyrion and Dany (or Daenerys).

It’s not just post-watershed series that are providing the inspiration for names.

Read more: Bodyguard writer explains why Julia HAD to die

Ryder, Chase, Marshall and Rocky from the smash kids’ show Paw Patrol are also on the increase, along with Bing, after the CBeebies programme.

Far-flung destinations such as Israel, Dallas, Cairo and India have also experienced a leap in baby registrations.

Would you consider calling your baby Villanelle? Leave us a comment on our Facebook page @EntertainmentDailyFix and let us know what you think!