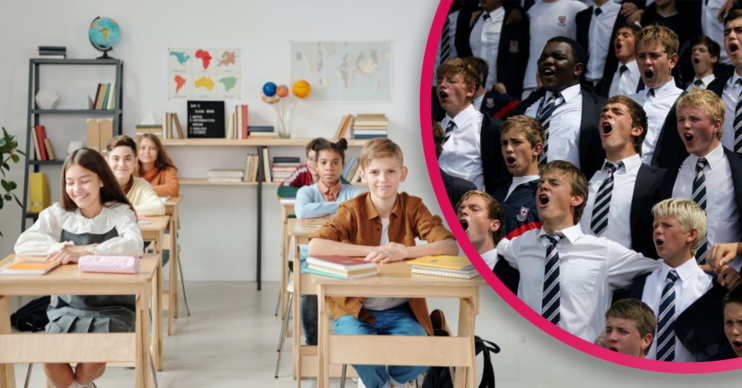 What do you think of the argument?

School uniforms should be “abolished”, a new Government bill has claimed.

The Education (Guidance About Costs of School Uniform) Bill suggests that children are “repressed” by uniforms and should “find their own style”.

After this suggestion, Brits took to social media to share their angry views.

What did the bill say about school uniforms?

Peers heard the bill in the House Of Lords, and it received support from the Earl of Clancarty.

He said: “They’re an outmoded idea, ultimately a repressive aspect of the educational system itself, designed to keep children in line and indeed, in effect, part of the wider educational policy working against a child-centred approach to education.

“No school has to have a school uniform.”

He went on to tell members in the House that his 16-year-old daughter goes to a school without a uniform.

He said she told him: “‘Thank God I don’t have to wear a school uniform. I wouldn’t be able to express myself every day.’

“It is the right place for teenagers, in particular, to test out what to wear and find their own style, and that is itself an important part of education.”

Although the Earl’s comment won support, some peers disagreed with him.

One Liberal Democrat peer who used to work in a no-uniform school argued: “[No uniforms] led to competition for the latest designer clothes, the latest sweatshirts, t-shirts, trainers or whatever it was.”

How did Brits react?

And it wasn’t long until Brits voiced their opinions, many of them outraged.

“I like that they look like professionals. I am all for self-expression but they already have enough to deal with at school.”

Another wrote:” Speaking to my American friends they always tell me how not having a uniform just encourages bullying.

“Yes school uniform was uncomfortable but it made everyone equal in a sense.”

A third wrote: “Absolutely not.

“As a Yank who grew up being bullied for being unable to afford Guess Jeans, Tretorn/K-Swiss tennis shoes and LL Bean backpacks, please do not do this to our kids.”