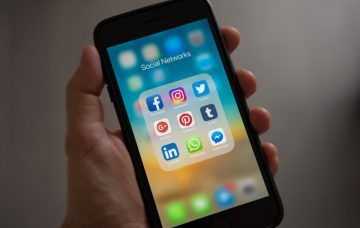 Mums and dads share their horror stories on the Whisper app

Is it ever right to snoop through your child’s phone or diary to discover if they’re hiding any secrets?

That’s the question many parents wrestle with when something is clearly troubling their teenage kids but the youngsters clam up and refuse to discuss what’s wrong.

Sometimes it’s just too embarrassing for them, on other occasions they can’t see the wood for the trees and don’t appreciate the help their mums’ and dads’ life experience can bring.

But one parent facing the agonising dilemma found out by reading her daughter’s diary that she had tried to kill herself four times, all because of a boy.

Another was shocked to discover the 13-year-old apple of their eye had an active sex life, while a third was mortified when they came across numerous nude pictures of their child.

Signs of an offspring’s depression were uncovered by another stunned parent.

The revelations surfaced on a thread posted by anonymous confessions app Whisper, with contributors sharing the shocking discoveries they made after snooping through their kids’ belongings.

One parent got help for her daughter’s friend after realising from phone conversations that they had suicidal feelings.

Another was appalled to discover her daughter had met up with a 30-year-old man who was subsequently sent to prison.

A teenage girl’s phone was confiscated for four years after their parent discovered explicit photos of a 40-year-old man.

In a similar case, one mother posted: “I called ‘daddy’ from my teenage daughter’s phone. It wasn’t my husband who picked up.”

Multiple children expressed hatred for a step-parent but had kept their true feelings secret.

The revelations even prompted one parent to start using a tracking app to keep tabs on their daughter’s whereabouts at weekends.

What would you do if you found a shocking secret about your child on their device? Leave us a comment on our Facebook page @EntertainmentDailyFix and let us know what you think!