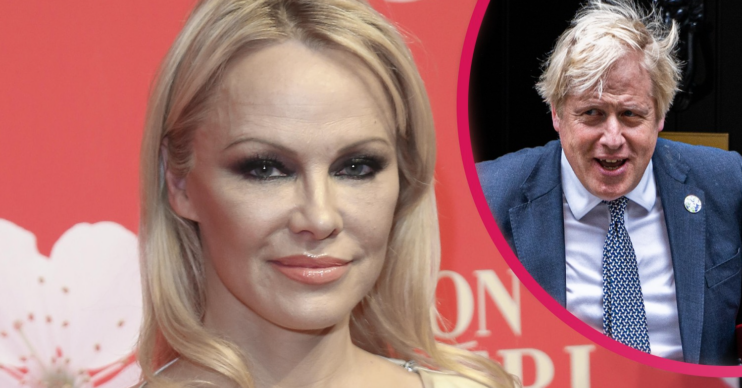 Pamela wants a change to the Queen's Guards

The former Baywatch star and model, 54, is pleading with the PM to change the rules when it comes to the Queen’s Guards and the bear-fur hats they wear.

What did Pamela Anderson say to Boris Johnson?

Pamela wants the guards to switch to manufactured hair instead.

She wrote: “One of the reasons I like the UK is that it is a nation which prioritises animal protection issues.

“This makes it all the more outrageous that the caps worn by the Queen’s Guard – a British icon – are still made from the fur of bears who are killed in my native Canada.

“As you probably know, it takes the fur of at least one bear – who was likely baited and gunned down – to make just one of these ornamental caps.

“Some of these bears are nursing mothers whose cubs will slowly die without them there to protect and care for them.”

Why do the Queen’s Guards wear such tall hats?

She continued: “Mr Johnson, there is nothing more important for people in positions of power to do than protect the vulnerable.”

“PETA and ECOPEL have provided the solution,” she said.

“It would be unconscionable not to take it and to continue to allow innocent animals to be killed when a humane alternative exists.”

The Queen’s Guards are famous the world over.

Their hats are made from the pelts of Canadian black bears that are culled each year to control numbers.

The Guards initially wore such tall hats to make them look taller and more intimidating during battle.

In recent years, Pamela has become an ardent activist for animal rights.

A vegan, in 2010 she famously stripped off for a PETA ad.

In it she posed in a bikini but had parts of meat scrawled on to her body.

The ad was designed to encourage people to ditch meat, and show that humans and animals had identical body parts.

Pamela also starred in a 2018 ad campaign for PETA, recreating the famous shower scene from the movie Psycho.