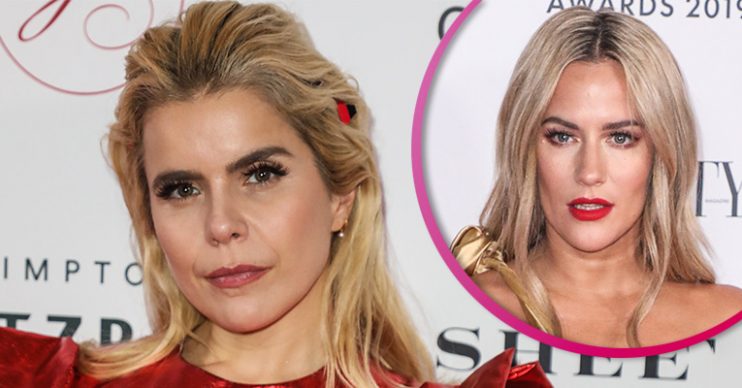 Caroline took her life on February 15

Paloma Faith has said she thinks Caroline Flack may have had an “undiagnosed illness going on behind the scenes” before her death.

It was revealed at an inquest on Wednesday that Caroline died by hanging.

In a lengthy post titled “Shut Up and look Pretty by Paloma Faith” on Instagram on Wednesday, the singer wrote: “I wonder if Caroline was a man she would have been treated in this way?

“Yes she did put some feet wrong but I am in the opinion she had a bigger undiagnosed illness going on behind the scenes.

No one knows what kind of mental state Caroline was in to lead her to this devastating end.

“No one knows what kind of mental state Caroline was in to lead her to this devastating end.

“No one knows what’s happening in my life as I write this, or yours as you read it so it’s best we opt for a more careful, gentler approach.”

Caroline died at her London flat last weekend and tributes have poured in on social media to honour the star.

Earlier this week, Caroline’s mother Chris Flack shared an unpublished Instagram post the presenter had written days before her tragic death in her local paper, the Eastern Daily Press, in Norfolk where she grew up.

In the message, Caroline insisted that she was “not a domestic abuser” ahead of her impending trial for alleged assault of boyfriend Lewis Burton.

It was claimed Caroline took her life after learning the Crown Prosecution Service would be pursuing the case against her.

In the heartbreaking statement, the star also said she had been having ‘some sort of emotional breakdown for a very long time’ and that she and her family ‘could not take it anymore’.

Explaining her reasoning to release the message, Chris told the Eastern Daily Press: “So many untruths were out there but this is how she felt and my family and I would like people to read her own words.

“We want people to read it and want it to be shared through the EDP who we really trust and always have done. She so wanted to have her little voice heard.”