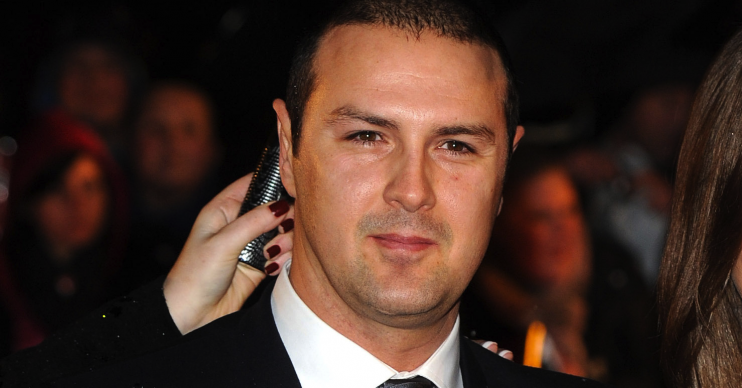 He claims it was taken by accident

We’re used to hearing Paddy McGuinness make cheeky gags on TV shows like Take Me Out and Max and Paddy’s Road to Nowhere. And now he’s shared a VERY cheeky photo with his fans on Instagram.

The 46-year-old posted a naked picture of himself in the shower yesterday – claiming that he’d taken the shot ACCIDENTALLY.

Well, accidental or not, his fans absolutely loved the display of flesh, and were soon filling his inbox with saucy comments.

Referring to a clip he posted on Instagram a couple of days back, in which he announced news of a live show he’s doing with Keith Lemon, Paddy told his 1.2 million viewers: “When you don’t realise the camera is still recording after Shower News. Behind the scenes…literally!!!!”

And if the comedian was hoping for a stunned reaction, he won’t have been disappointed.

Another joked: “@mrscmcguinness is a very lucky woman.”

And a third fan remarked: “You could have turned round!”

There were even a couple of comments from Paddy’s fellow celebrities.

And TV and stage star John Barrowman chipped in: “Love a good bum…cheeky!”

It’s a miracle that Paddy didn’t reveal any of his rude bits when he made his ‘Shower News’ video a couple of days ago.

Lathering himself up, he told fans that he and Keith Lemon are taking their MovieFest show to London’s Alexandra Palace on Friday October 18 for a one-off Halloween special, during which they’ll be paying tribute to classic Eighties film The Lost Boys.

After Paddy’s shower display, maybe they should be doing The Naked Gun.