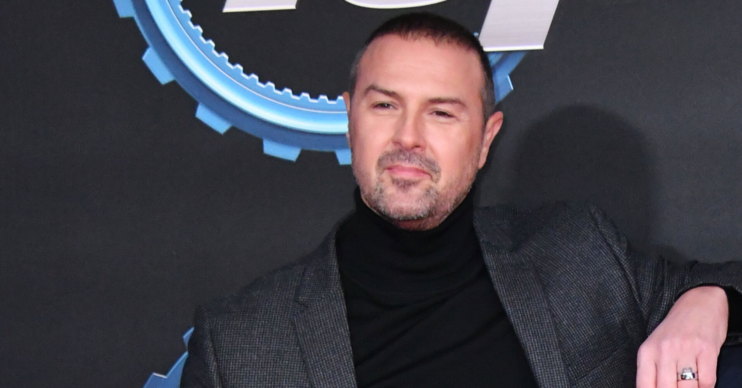 The presenter posted a photo of his friends on Instagram

TV favourite Paddy McGuinness has shared a throwback photo from the ’90s that shows him with friends in his hometown of Bolton.

Posting the photo on his Instagram account, the 46-year-old presenter wrote about it to his 1.6 million followers, telling them he misses the era.

He captioned the photo: “Bolton massive! I do miss the ’90s! Look at the head of hair on that lad second from left.

“Like a young Elvis! We had some very good times.”

Bolton massive! I do miss the 90’s! Look at the head of hair on that lad second from left. Like a young Elvis! 😂 We had some very good times. #thosewerethedays #cuddlytoys #fashion #boltonmassive #nineties #weekend

In the photo there are eight young men and some very questionable double denim outfits.

His fans loved the photo, with many making jokes about the style and of course the haircuts.

Another said: “It was all about the turn ups and baggy jeans, Paddy!”

Someone else commented on the big brands back in the day, writing: “Kitted out from Stolen From Ivor in Joe Bloggs jeans on there!”

Some quoted a line from Paddy and Peter Kay’s iconic comedy Phoenix Nights, saying: “Who’s that? The Fonz?”

Paddy might have been getting nostalgic after a nasty accident while filming Top Gear a few weeks back.

Upon his return to the show, he crashed a £250k Lamborghini Diablo on set.

The presenter lost control of the car on Tuesday, June 16 when it slipped on oil as he filmed the BBC car show in North Yorkshire.

However, it didn’t take long for Paddy to get “back on the saddle”, with him returning to the scene of the crash the following day.

He said in a video: “Hello there, back filming again today with Top Gear.

“I thought I would show you the Diablo, it’s back there on a low-loader. Gutted. Can you see the damage underneath there?

“Hopefully fingers crossed we can get back on the road. It wasn’t as bad as it was made out yesterday to be, honest.

“But it goes to show you, a little bit of oil on the wet road, lethal. I was only doing about 32mph. We live to fight another day.”

It’s believed Paddy’s co-stars Freddie Flintoff and Chris Harris were not on set at the time of the crash.