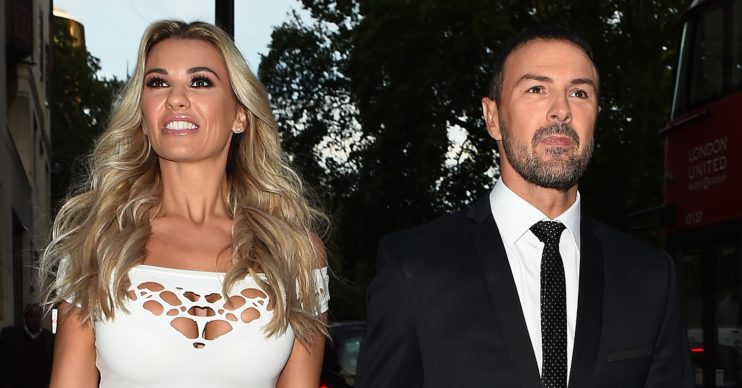 He'll be 'reminded' of the blunder all weekend

Comedian Paddy McGuinness has some grovelling to do after forgetting his wedding anniversary with wife Christine.

Earlier today, the 32-year-old model shared a gorgeous tribute on Instagram to celebrate nine years of marriage with the Bolton-born funnyman.

“Happy anniversary,” she wrote, alongside a picture of their lounge filled with balloons and a big red number nine. The post included a short clip of the decorations, including a cake topped with a picture of the two of them.

“13 years together, nine years married!” she continued in the caption. “Even though you totally forgot… again!”

Thankfully for the former Take Me Out host, Christine insisted she forgives him because of all the laughter he brings into her life.

“You are forgiven because I couldn’t do life without laughter and you give me so much!” she said, adding: “Happy anniversary my love @mcguinness.paddy.”

Over on paddy’s own Instagram account this morning, as he forgot it was their special day, he instead posted a funny picture of a child’s face distorted on a pack of nappies.

“A few unfortunate creases have turned this child, on a packet of nappies, into Sloth from the Goonies!” he wrote, totally oblivious to what date it is.

A few unfortunate creases have turned this child, on a packet of nappies, into Sloth from the Goonies! #thursday #heyyouguys #nappies #staysafe #sloth

Fast forward a few hours and Paddy shared a sweet anniversary tribute in which he owned up to his blunder.

What did Paddy say?

“13 years together, nine years of marriage, three children and hardly any hair left,” he joked. “Obviously I forgot but @mrscmcguinness never does. Which she will be reminding me of all weekend!

“Happy Anniversary my love. Here’s to many more years of being reminded. XxXxX.”

Paddy and Christine have three children together – twins Penelope and Leo, six, and Felicity, four. They tied the knot in 2011, in a ceremony at Thornton Manor in Wirral.