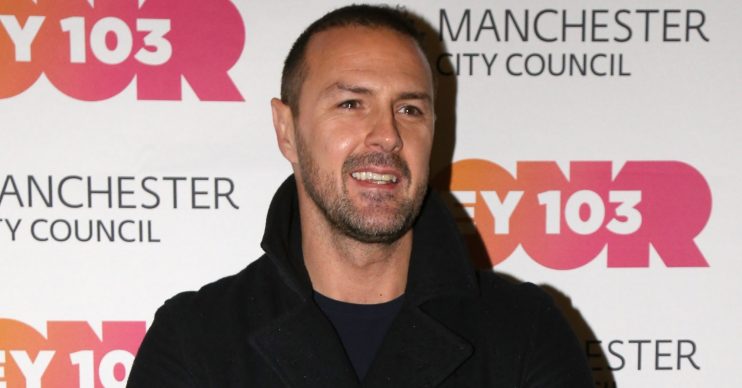 He poked fun at his pal

Paddy McGuinness seems to have deleted a tweet poking fun at Peter Kay over his rant about a new Channel 5 documentary.

Comedian Peter issued a statement to social media on Sunday to slam the Channel 5 programme, Peter Kay: In His Own Words, which he said had a “misleading” title.

His tweet read: “Very flattering of Channel 5 to commission the programme going out tonight.

“But just to let people know that Peter Kay: In His Own Words has an incredibly misleading title, as it doesn’t feature any new interviews with Peter and all the footage is completely historic.

“The title also gives the impression that Peter has been involved in the making of this documentary, which he hasn’t. At all.”

When did you start speaking in the third person?

In a tweet, obtained by the Mirror, Paddy wrote: “Never mind that. When did you start speaking in the third person?”

The message is no longer on Paddy’s page.

Ent Daily has contacted a rep for Paddy for comment.

Paddy and Peter first met when they were teenagers in Lancashire.

Paddy found fame after Peter invited him to appear in his shows That Peter Kay Thing, Phoenix Nights and Max and Paddy’s Road to Nowhere.

Peter has been taking a break from the spotlight after cancelling his first stand-up tour in eight years last December.

He took a break from work “due to unforeseen family circumstances”, with his last TV appearance coming in the final episode of Car Share in May 2018.

Meanwhile, he was recently pictured for the first time since April.

So lovely to see the brilliant comic genius Peter Kay and his lovely family @nativityuk tonight for our final show! What a lovely surprise for us all! 💫⭐️💫⭐️💫⭐️💫⭐️ pic.twitter.com/XkzYdmeGnB

Writer and director Debbie Isitt posted a snap of herself with Peter and wrote: “So lovely to see the brilliant comic genius Peter Kay and his lovely family @nativityuk tonight for our final show! What a lovely surprise for us all!”