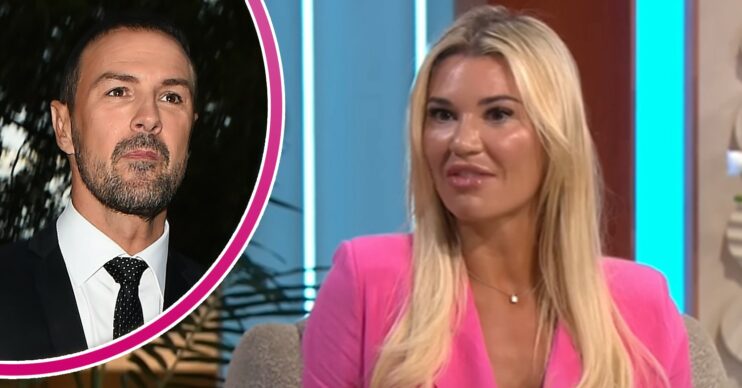 Christine said lockdown had a huge impact on her children

Paddy McGuinness’ wife Christine has made a heartbreaking confession about their daughter, Penelope.

In a new interview, Christine – who recently admitted to having some marriage problems with Paddy – opened up about her children having autism.

Christine has recalled a devastating conversation she had with Penelope, nine, during the Covid Lockdown.

Speaking to The Sun‘s Fabulous magazine, Christine admitted the pandemic had a big impact of her and Paddy’s three children – who all have autism.

Read more: Christine McGuinness supported by fans as she faces ‘another bump in the road’

She revealed that Penelope struggled with not being able to play with the friends she used to because they were in Covid bubbles in school.

This heartbreakingly led to Penelope telling Christine that she didn’t “want to live any more”.

Recalling the devastating conversation with her daughter, Christine said: “They were in bubbles [at school] and not allowed to play with the friends they used to play with, so Penelope felt like, ‘She doesn’t like me any more.’

“She took it very personally. And she said, ‘Mummy, I don’t want to live any more. I want to go to heaven.'”

Christine added: “She doesn’t understand the severity of what she was saying, [but] obviously for a mum, that’s so worrying. The panic for me of: ‘What if she does do something, not understanding that that thing is forever?'”

Christine admitted it was a “heartbreaking time” and probably “one of the most difficult conversations I will ever have in my life”.

The star recently revealed that she and Paddy are taking their children away for a holiday this summer.

She said: “Marriages just go up and down anyway, all marriages – especially long ones like ours, 15 years together.

“It’s not always going to be plain-sailing. We’re trying to deal with things as privately as possible and we both just want to be there to support the children and give them an amazing summer.”